Barry Crawford (at left in photo), sent me the following write-up about Bruce Cox. At 88, Bruce is active in the community, works out at the gym three hours a week and is still “airborne all the way.” Here is his story in Barry’s words:

“On July 2, 2012 I was taking in our Canadian Forces SkyHawks parachute team’s show by the waterfront in Cobourg. After the show I had the privilege of meeting WWII veteran Bruce Cox who was in attendance.
Bruce (who now lives in nearby Port Hope) was born in Britain and joined the British Airborne at the age of 18. As part of the British First Airborne Division he was sent to North Africa to assist the infantry forces who were battling Field Marshal Rommel’s forces. Once Rommel’s forces were sent packing his unit was made ready for the invasion of Sicily where they parachuted 15 miles behind enemy lines to capture a bridge from German forces. From there it was on to Italy’s Taranto base and Barletta where he and his regiment once more parachuted behind enemy lines to be a big nuisance to the Germans.

After Italy, the unit was brought back to England for five months of preparation for D-Day (June 6, 1944). Bruce said that on that historic day  his unit was on standby as backup for the Canadian paratrooper division that went in first. The Canadian 6th Airborne Division had prior claim on that day and Bruce’s regiment stood by on the airfield ready to help but Bruce said the Canadians did such a wonderful job that they weren’t needed.

Bruce told me their next mission was when he was sent into Arnhem prior to the invasion of Holland. The British Airborne paratroopers were dropped 80 miles behind enemy lines. Bruce remembered that the mission was jeopardized by the involvement of two German Waffen SS divisions who were unknowingly refitting nearby. Bruce said: ‘It was a pretty bad scene  as so many things went wrong. We did make a show of it but eventually we were over run and I was taken as a prisoner of war’.

Bruce immigrated to Canada in 1956 and continued to parachute as part of a re-enactment group for many years. Now 88 years old, he made his last jump on his 80th birthday. He is also part of ‘The Memory Project’. Bruce now shares his war experiences with students across Ontario’s Northumberland, Peterborough, and Durham counties. He said ‘I tell them how it really was. I don’t pull any punches’.

To be in the presence of this gentle and humble man is always an honour and privilege.” 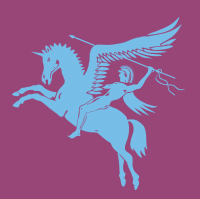