Skip to content
Those few hours Doug and I spent stranded along the Trans-Canada seem far away now. Maybe because they are. I have been car-less for exactly nine long days: the tranny blew on Saturday, June 6th and we’re now the 15th, the day that was supposed to be my U.S. Launch Party and all-around fun time at the Book & Bean in Green River, WY. Instead, I will sit in my new “home” at the Best Western in Regina with Riker, who has become the hotel’s mascot.
Once we got picked up by the tow truck on the 6th and were driven to the Regina Honda dealership, it quickly became clear this would not be a quick fix. First of all, nothing would happen the rest of that day or Sunday. Monday would be spent placing the parts orders, clearing the cross-border red tape on warranties, etc. “Thursday if you’re lucky,” Trevor in Service told us. “More likely Friday.” And he recommended we stay at the nearby Seven Oaks Best Western because it was pet-friendly and wasn’t a junkie hell-hole like the Plains Motel.
So Doug and I grabbed whatever clean, warm clothes we had out of the Element and checked into the Best Western. Then I set to work figuring out our next move. It soon became evident we couldn’t make it to the centennial event at the Alberta Aviation Museum in Edmonton the next day, so I set my sights on getting to the Calgary CAHS event on Monday. I found a kennel in Regina for Riker (leaving desperate voicemails and email messages begging them to take him), cancelled hotel rooms in Edmonton, booked flights to Calgary, and contacted my good friend, Laura, who lives there to see if the offer was on for me to come stay for a few days. Then I booked Doug’s flight back to Wyoming from Calgary for Tuesday morning, so at least he’d be working and could pay for all these extra expenses…
Calgary was fantastic. I had a great time at the CAHS meeting which was attended by a wonderful group of people, including a former Laurentian pilot I hadn’t had the pleasure of meeting before. After the meeting we all headed over to the Sky Lounge at the Port O’Call hotel which appropriately has vintage images of aircraft plastered all over its walls. Doug and I stayed up talking to 11:30pm (which for me is late!) and sold several copies to folks in the bar who overheard us talking and wanted to find out more. 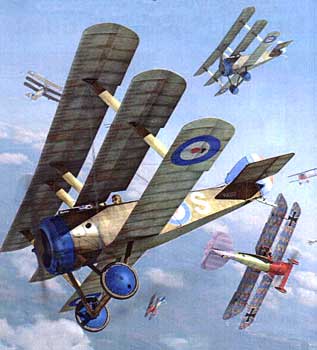 The next morning after Doug left I got the chance to go over to the Aero Space Museum where I’d been promised a private, behind-the-scenes, tour with one of the volunteers and CAHS members, Bob Connor. He told me all about the Sopwith Tri-Plane they have on display there, which he helped restore, and could actually be flown, if it weren’t so valuable and the insurance so dear. He also told me about the old Bell helicopter they have there and the new geological survey exhibit they will be opening shortly. Apparently after being a Mosquito pilot at the end of WWII he went to school to become a geologist and spent four months riding horseback through the interior of B.C. on geological survey only to find out that these helicopters could do the job in a couple of weeks!

Tuesday noonish Laura (who co-ran the McGill Writer’s Circle with me while we went to school there), picked me up and whisked me off to her magical new house in the Bowness neighbourhood of Calgary. I spent a few days catching up with her, another McGill friend, and generally catching up on sleep, exercise, and sunshine.

Still, in the back of my mind was the fact that Riker was in a Regina kennel, the car was still not fixed, and after a month of being on the road, I really just wanted to get home. I was in touch with the dealership several times a day and they were quite confident the new transmission would arrive by Thursday and that I would be ready to hit the road Friday. So I booked my flight back to Regina, picked up Riker, and showed up with a “All right, let’s go!” kind of attitude.

Except the new tranny hadn’t arrived. I wasn’t going anywhere…. all weekend.