Skip to content
June 7th Andria and I departed Ottawa in a 14-ft Uhaul truck, complete with 6 wheels, Mother’s Attic and lots and lots of stuff. 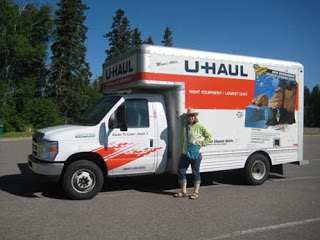 We noticed the licence plate fittingly – since I’m a Canuck and Andria’s from the States – had both Canadian and American flags. We decided this was a something of a two-nation frienship tour across northern Ontario and the Prairies… and since we had only intermittent radio signals and no CD player or Ipod hook-up, this eventually led to a discussion about relations between our two great countries. 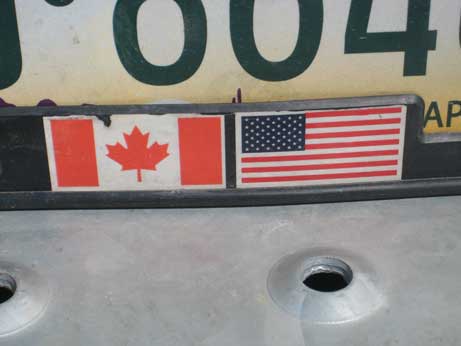 After Tim Horton’s coffee and some Timbits, the conversation continued to Three Dead Trolls in a Baggie, an Albertan group who has chronicled one of our famous cross-border kerfuffles, The War of 1812, in song form. With a chorus of “And the White House burned, burned, burned…” you know you’ve got a hit! (Check out the link above to see them bravely performing the song live in Seattle!) 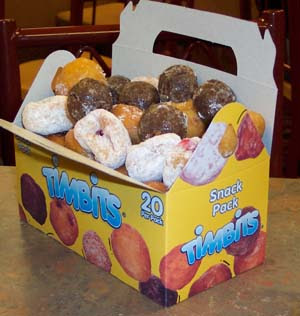 As we bopped along northern Ontario another song by the Three Dead Trolls came to mind – The Toronto Song (aka “Ontario Sucks). Being from Ontario and having lived all over this fine nation of ours, I find this hilarious… Another Alberta group, the Arrogant Worms, have also tapped into the zeitgeist of our country at the turn of the 20th Century with songs like “Trees and Rocks,” “Canada’s Really Big.” and the “Mountie Song.” 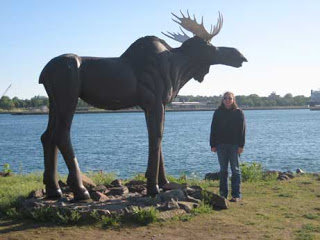 We made a few friends along the way, including this large moose in Sault-Ste-Marie (The Soo) and I got to revisit my ol’ pal the Goose in Wawa. 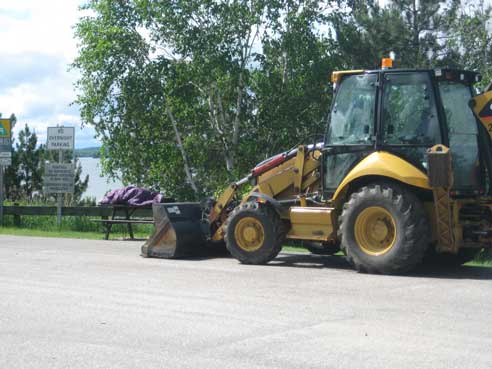 As this picture shows, though, Canadians may not deserve their reputation for friendliness.
Observe how one northern Ontario town deals with its homelessness problem (just kidding!)
Manitoba to Edmonton is a bit of a blur to me of gas-ups and pit stops, but there are some things that stick out in my memory:

We arrived in Edmonton completely done with driving and U-hauling. Initially we’d thought of going for a hike in and around Jasper before Andria flew home, but after 5 solid days of bum in seat the last thing we wanted was to be back in a moving vehicle for any length of time. Instead, we went to Elk Island National Park, a 30-minute hop east of town. While we saw Bison on the edges of the park (from the road) once we were on the trail Riker was the biggest fauna we encountered.

We also traded the regular touristy things for lounging, laundry, and good food. We revisited the Cora’s franchise (they drop the “Chez” in English Canada), which opened in Edmonton right before we moved here; my fave Indian buffet spot, Maurya Palace on 34th Ave; and Brewsters, my new favourite brewpub, where we ate and had a sampling of beers. So far Farmer’s Tan White Ale and Gunther’s Hefeweizen top my summer sipping list…but the Blackfoot Blueberry and River City Raspberry Wheat Ales are pretty tasty too…

Unfortunately I couldn’t convince Andria to pull up her Wyoming roots and move to Edmonton, but I think the beers and breakfasts (among other things) might woo her back for visits!