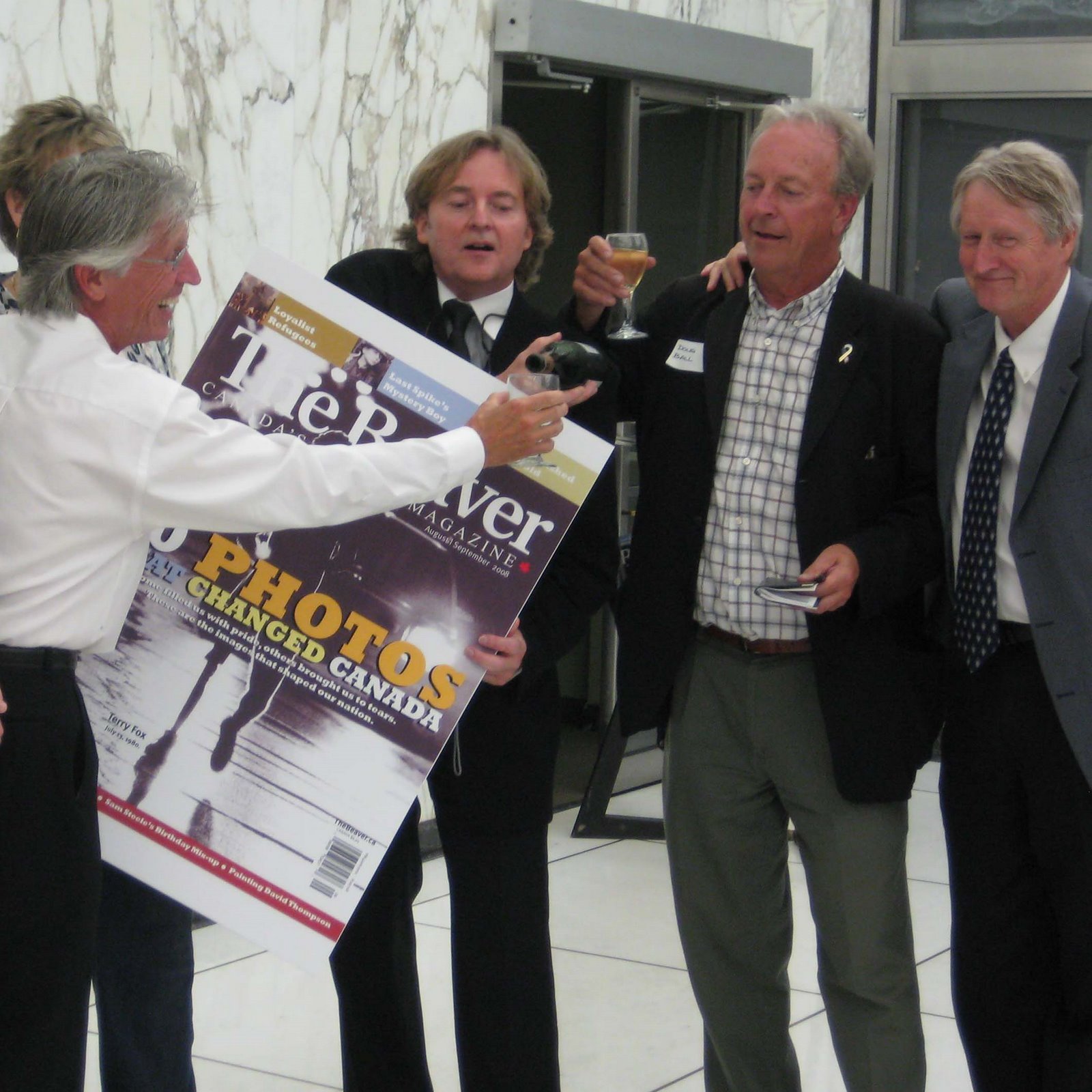 Last Thursday The Beaver, Canada’s National History Magazine, launched its August/September issue at the National Archives in Ottawa, ON. This issue featured “10 Photos That Changed Canada” and I was lucky enough to be invited to the unveiling and to meet with the photographers.

The Beaver’s editor, Mark Reid, convened a panel of Canadian photography experts last year and asked them to come up with the top-10 list. As he told the group of people who attended Thursday evening, this panel tried to decide which photos captured a moment or feeling in Canadian history – perhaps, even, instances of a collective consciousness.

As Mark said during his speech, he felt the panel had chosen iconic Canadian photos. Nevertheless, he recognized that not everyone would agree with the selection: defining Canada’s history through only 10 photos would be a considerable challenge and a controversial one at that. After all, there has never been “one” Canada that Canadians agree upon.

I have to admit I wasn’t familiar with most of the photos that made the top-ten. Having been born in 1982, I wasn’t around for Trudeau-mania, the Cold War, the October Crisis, or Terry Fox’s amazing Marathon of Hope. Also, while I’ve studied Canadian history for over six years, it’s different when you can pinpoint where you were and what you were doing at that exact moment. Nevertheless, some of the photos – and the stories accompanying the photos – did give me chills. After all, a good imagination and empathy can go a long way.

One photo really stood out for me. In 1990 Shaney Komulainen snapped a picture of a young Canadian soldier (Patrick Cloutier) almost nose-to-nose with Brad Laroque, a masked Aboriginal warrior, during the Oka Crisis near Montreal, Quebec. While I was only eight years old when the standoff occurred, I have repeatedly seen that photo while exploring the history of Aboriginal/Non-Aboriginal issues in Canada. I was also studying at McGill when the 10th anniversary took place and had a chance to meet Ellen Gabriel, one of the Kanesatake Mohawks’ chief spokespeople at the time. 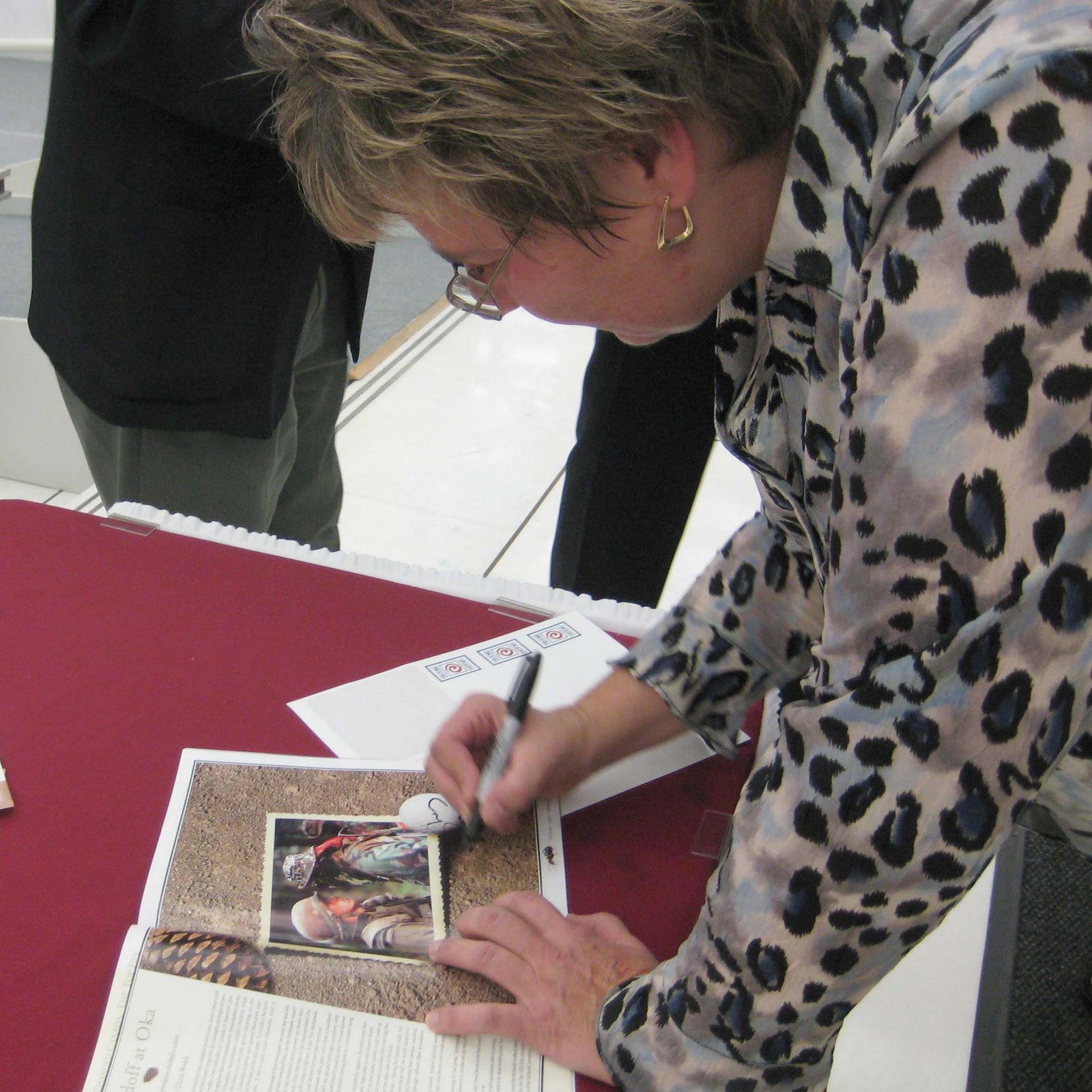 Shaney was about my age when she took that amazing photo. As she told me when we were chatting, “I was only 27 years old. I was painting the walls in my new apartment when I heard what was happening.” She, along with many other journalists and photographers, quickly traveled to the area. As Shaney told Chris Webb, a Beaver writer, she “snuck through the woods” to the disputed area at the Sacred Pines and “was faced with the hostile showdown between soldiers and natives.”

One of the photo panelists, Michael Creagen, noted: “Sadly, this photo refelcts the deep divide this country still experiences with its aboriginal peoples. It’s simple in its visual construction, but symbolic beyond its immediate news moment.”

Aboriginals and non-Aboriginals in this country do still have a very complex relationship with each other and their shared histories. Photos like Shaney’s bear witness to how we continually navigate this minefield – sometimes more successfully than others.

5 thoughts on “10 Photos That Changed Canada”