While many were working on their yards and tans the past few weeks, I’ve been making the rounds of conferences. Which, in weather-changeable Alberta, is probably a safer bet.

The Creative Nonfiction Collective conference back in April started off the 2010 season. Held at the gorgeous Banff Centre, I let myself be inspired by the immensely talented writers around me and delighted in the deer grazing in the courtyards.

A couple of weeks later the Writers Guild of Alberta’s mini-conference and Literary Awards gala was just up the street at the Delta hotel. I sat at the back of the room both days – you know, where the troublemakers end up – and talked chicken fried steak with author David Poulsen, globalization with Gordon Laird, and diamonds with my new geologist friend, Michelle Tappert (who just wrote a book with her husband, brave girl!).

Other than the chance to hang out with other writers, the main thrill for me was hearing Will Ferguson’s keynote address. Not many people can have me crying with laughter at 9 a.m. But he’s also the only person who’s made Canada’s political history palatable to me (Bastards & Boneheads). Amazing!

By June 1st I was all the way over in Ste-Anne-de-Bellevue, Quebec for the 16th Annual Air Force Historical Workshop. When I first heard about this event, I thanked my lucky stars. After all, the theme was “De-Icing Required: The Canadian Air Force in the Arctic” and my next nonfiction project just happens to be a history of aviation north of 60. Kind of eerie, actually… 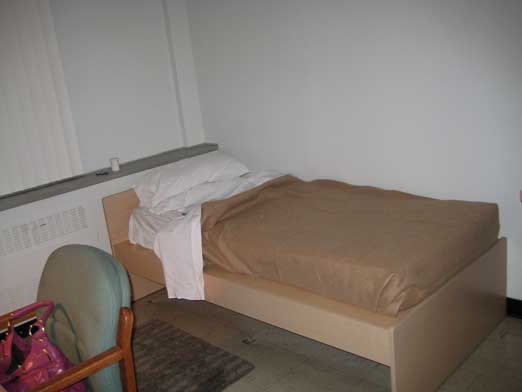 The ‘cool’ topic sure helped keep my mind off the fact it was humid, 30 degrees celsius, and I was staying in a ‘vintage’ dorm room at John Abbott College. Even so, I was the envy of the other non-military attendees (who had swanky lodgings at the Chateau Vaudreuil) because I had brought my own personal rotating fan. Thanks, mum! 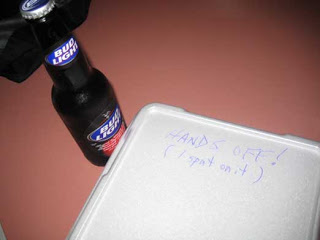 By the second day of intent listening and notetaking, I was antsy and decided to skip on the dinner out. After a jog I ate cold leftover pizza (which my friend and RCAF historian Carl Christie protected in gallant style as you can see above) and drank an icy Bud Light. Normally I’m a bit of a beer snob, but at that moment I was in heaven. This Bud’s for ME! 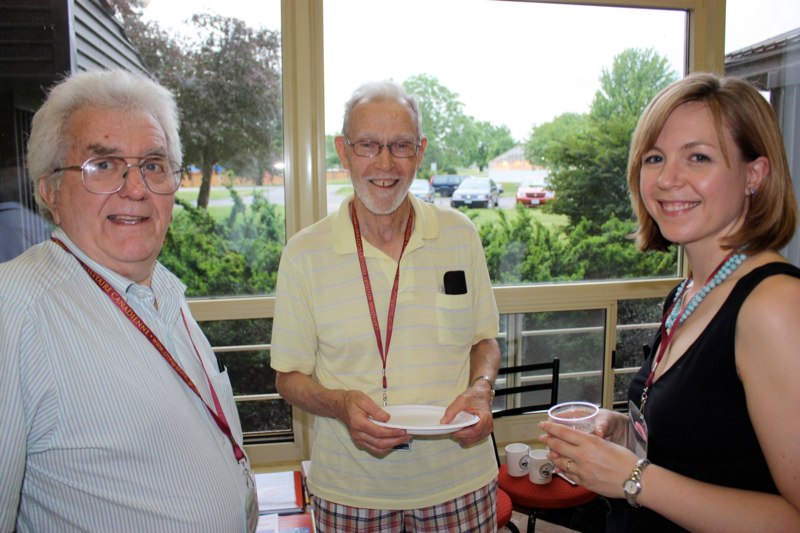 By morningI was recharged and ready for the next conference, also held at the John Abbott campus. The Canadian Aviation Historical Society’s Montreal chapter hosted this year’s event and scheduled it to coincide with the Air Force one. Lovely! I got to reconnect with members from across Canada and meet some new folks. 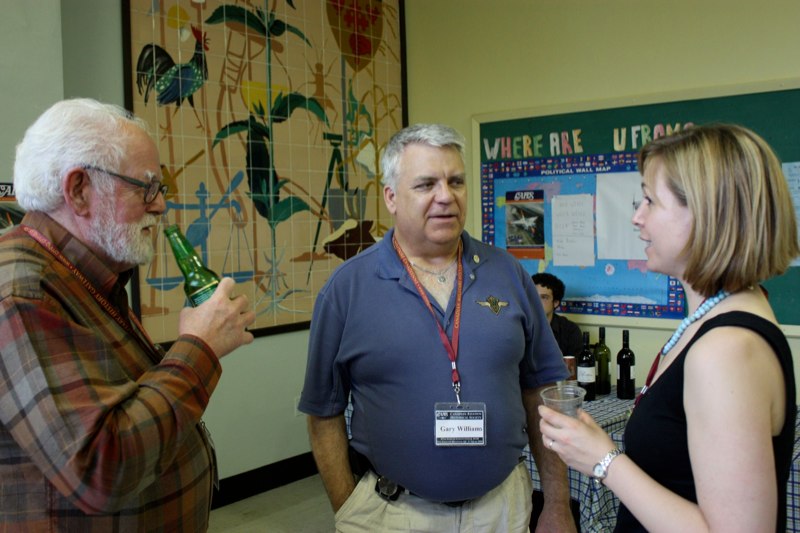 And it’s a good thing I paid such close attention at all these conferences because it looks like I’ll be co-organizing the CAHS one in Edmonton next year! I certainly picked up some valuable tips:
You know, the important stuff!

7,259 thoughts on “Aviation, Writing and the Best Bud Light Ever: Conference Season 2010”