Skip to content
This past weekend was a big one for our little family. It marked the opening game of Doug’s rugby season with Edmonton’s Leprechaun-Tigers (yes, that’s really their name, although they usually refer to themselves as the L-Ts. I wonder why?). Go green! 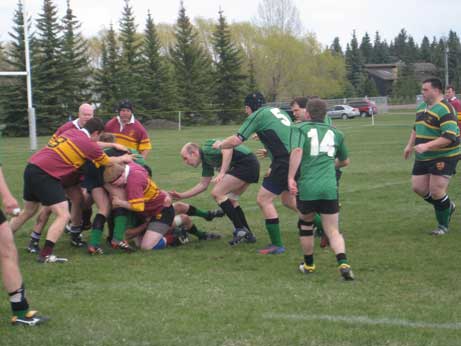 Doug played on teams all through high school and undergrad, and his last season was in Montreal with the Westmount Ravens in 2005. Grad school in B.C. didn’t offer many opportunities (plus he was too busy scuba diving) and not many people in Wyoming have heard of the glorious Commonwealth sport of rugger. Also, we decided we should wait until we had socialized medicine again before Doug engaged in the “game for gentlemen played by barbarians.” 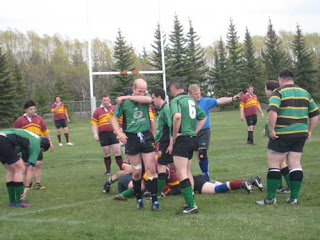 The past few weeks of practice have been hard on him – and not left him with much time or energy for renos – but it paid off on game day. Not only did the team win but Doug scored a try. Now we just have to convince his coworkers I’m not the one roughing him up! 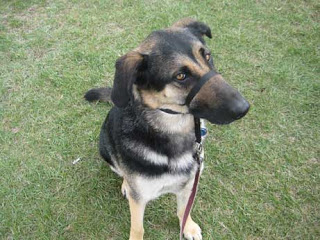 It was a nice day so I brought Riker along to the game. We were going to have our last beginner’s obedience class the next day and so whenever a player went down and there was a time-out for the medic to check him over, we’d practice commands. Needless to say, we had a lot of practice time… 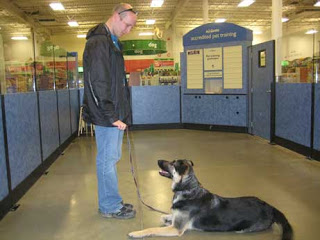 And while he might still choose other dogs over us 99% of the time, we are mastering quite a few commands after 8 weeks of Pet Smart training with Vanessa (aka ‘treat lady’). 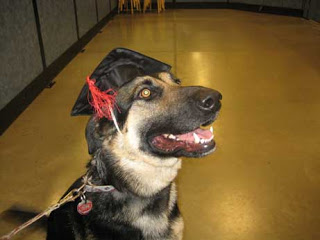 3 thoughts on “Of Rugby and Riker”