Skip to content
I know it’s an old superstition, but the little white dog two doors down keeps yapping, I’m having trouble sleeping, and the last few days have just been too weird.

First of all, Doug and I keep hurting ourselves.

1) Guinness was lying on one of the stairs a few nights ago and Doug almost stepped on him. Luckily for our poor cat, Doug managed not to, but in the process fell down quite a few steps and ended up with a nasty cut on his wrist from his watch. 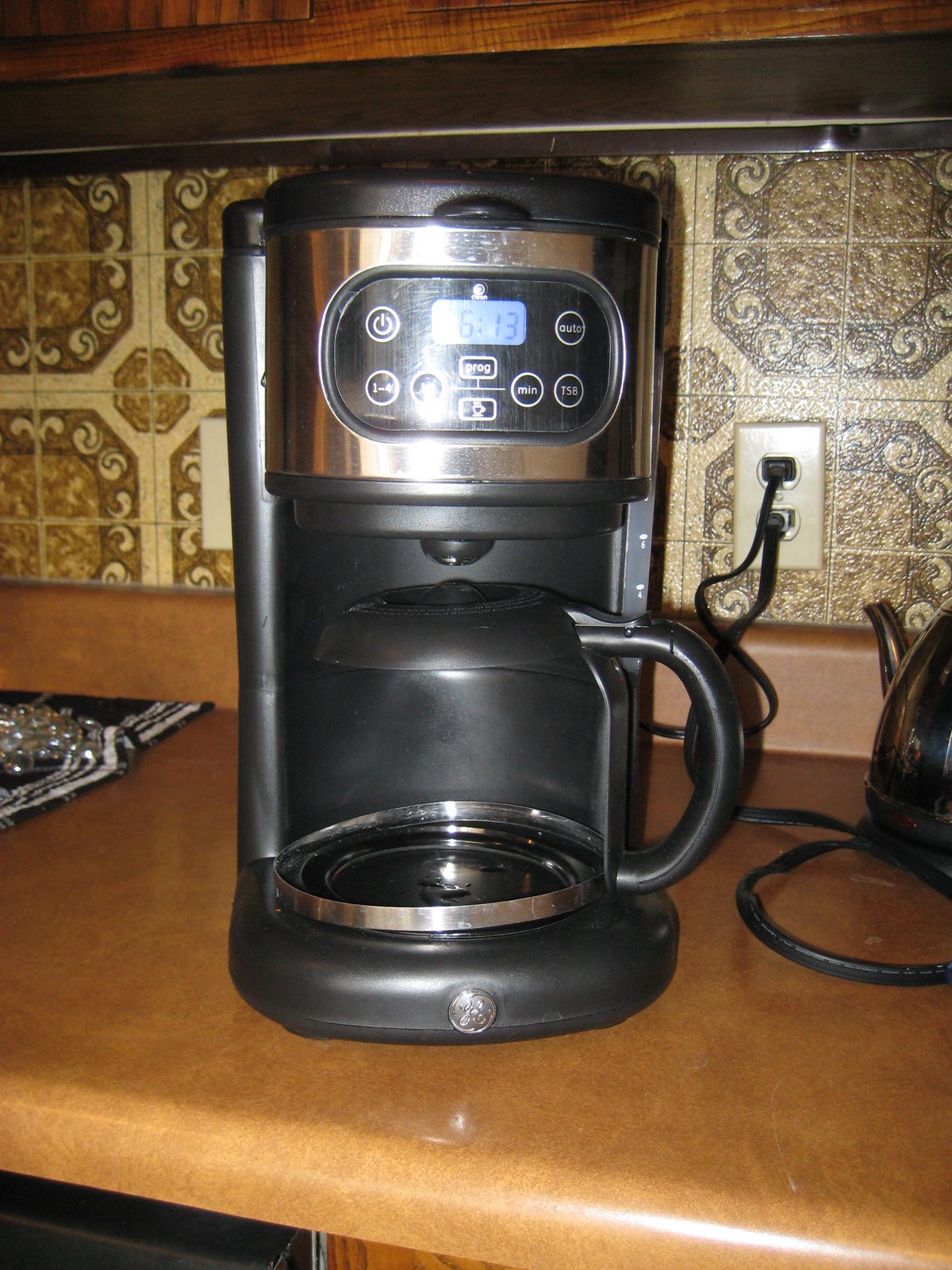 2) Doug and I have both sliced ourselves opening up the cans with the pull-tab lids. Mine was a tomato soup can and his was the can of coffee grounds.

3) At least we got to enjoy the can of soup. Not long after Doug had brewed his first pot of coffee I was doing dishes and managed to smash the pot on our darling retro laminate floor. Darn! (notice anything in the photo to the right?)

On a much happier – but equally strange – note, yesterday Doug and I had just finished a little walk along the Green River boardwalk when I glanced across the parking lot at a familiar figure.

“But,” I thought to myself. “We’ve only lived here for a few days and we’re in the middle of nowhere… how could it be?” Well, one look at Darcy and Don’s van with the Small World Adventures sticker on the back and the kayaks on top and it was clear that my good friends from UBC grad school had somehow managed to appear in Green River, Wyoming.

Over a quick beer and dinner at the Bitter Creek Brewing Company (we don’t know any other places in the area!) we learned that Darcy and Don were on their way from Aspen, Colorado to Seattle, Washington via Idaho for her grandfather’s birthday party. The funny thing is, they never meant to stop in Green River and we had originally intended to go play tennis up at the high school and ended up at the boardwalk on a lark! Don took a photo to prove this encounter actually happened! 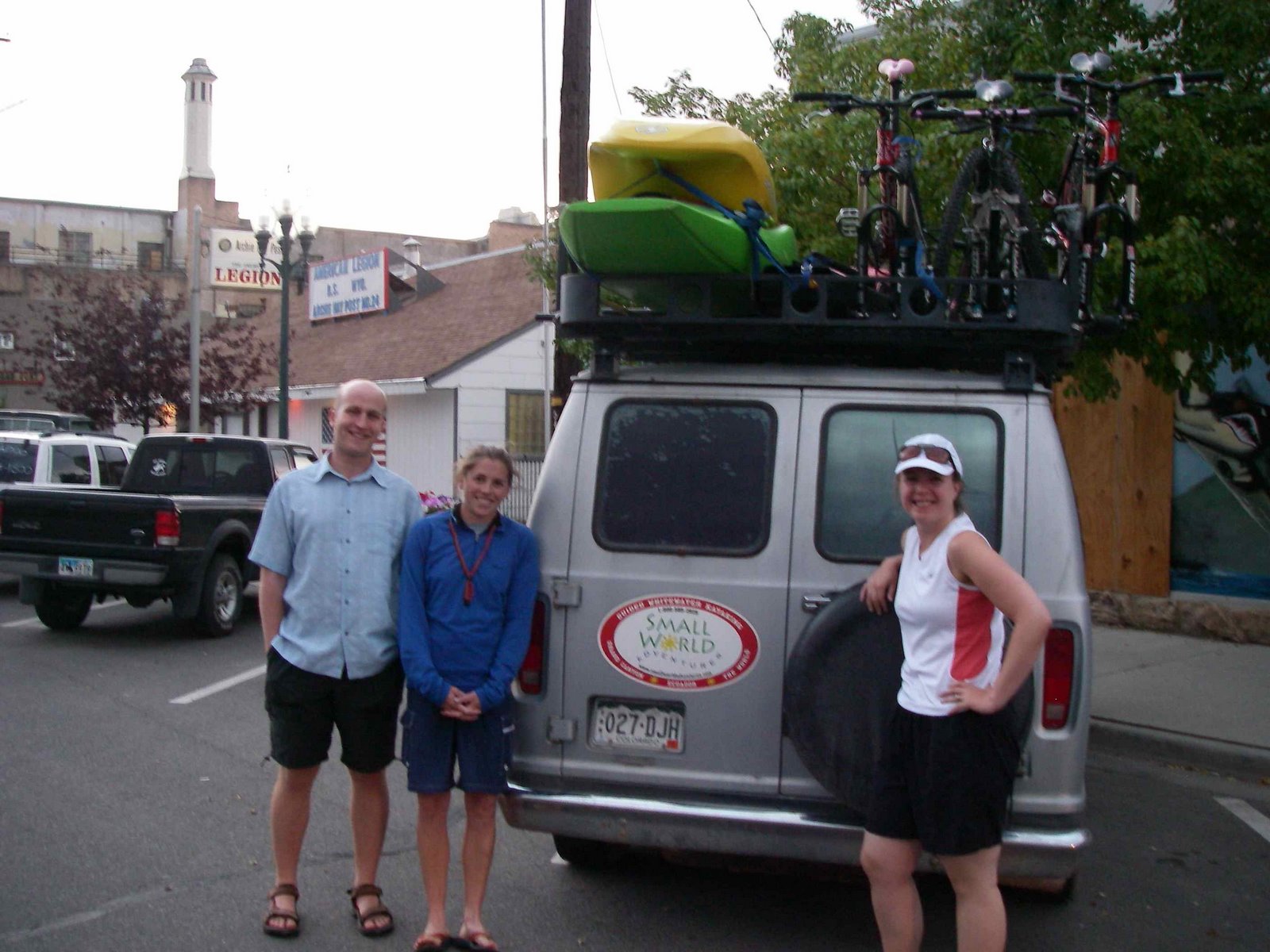 Today started out relatively normally (other than I was up at 4:30am) and Doug and I headed out to Red Canyon in Flaming Gorge Recreation Area in northeastern Utah for the hike we’d planned. The 9-mile Canyon Rim Trail was well-groomed, devoid of people, and had just enough elevation gain so we knew we were hiking, but not enough to be hard. 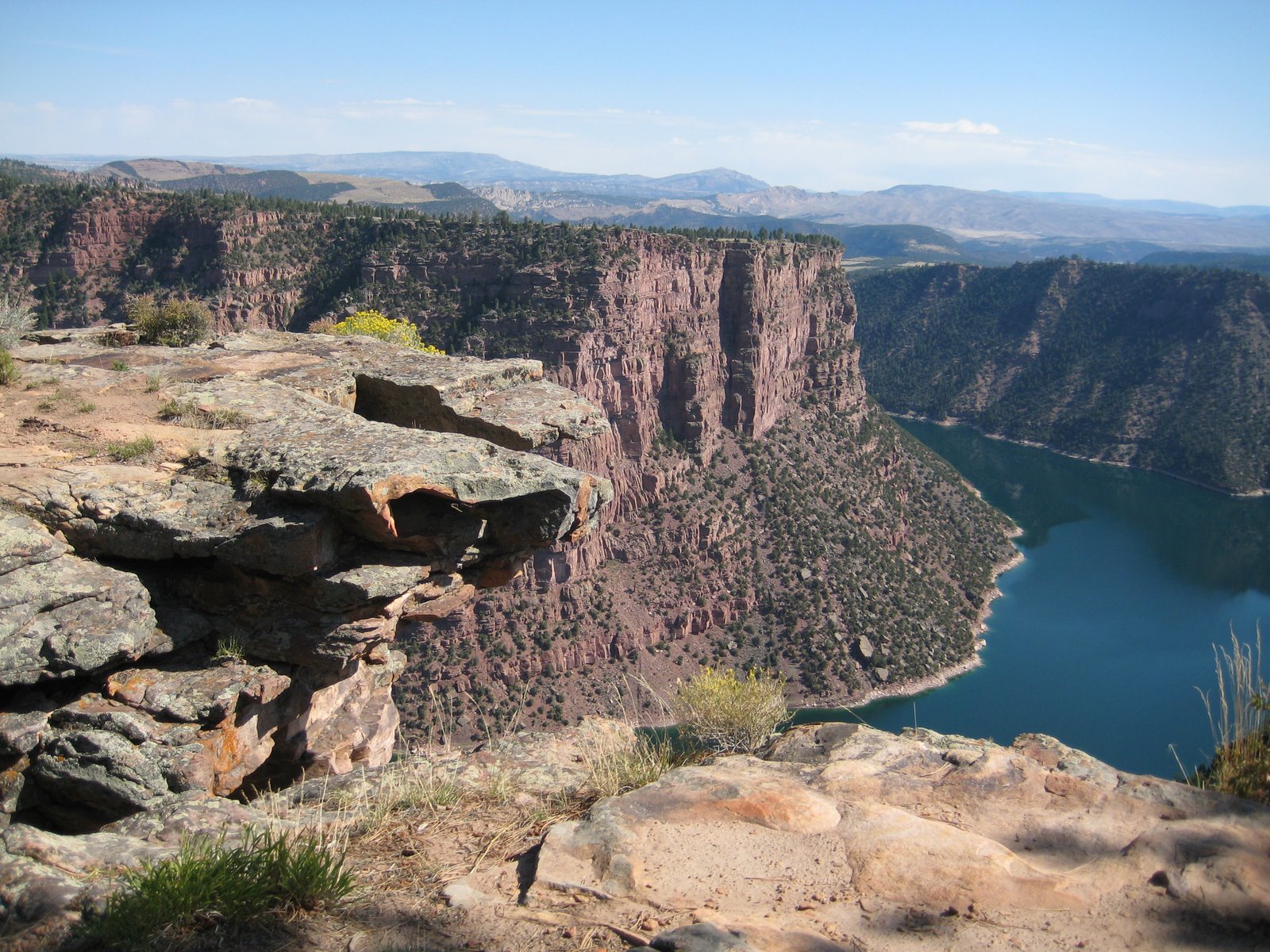 While I love hiking, usually something comes up to make it memorable: I trip and fall and start bleeding; Doug misjudges the length or difficulty of the hike and I start crying; or both.

Today, though, nothing bad happened.

That is, until we got back to the car. We had parked at the Greendale Overlook (it’s what ‘lookouts’ are called in Utah) around 9:30am and headed out for our hike. At 2pm we returned and discovered that the passenger window of our cute little Mini was smashed in. Staring in disbelief, the two forest services workers in the parking lot came over and told us that they’d been waiting for the car’s owners to return. Apparently they had already called the Flaming Gorge Dam sherriff who had been by to take a look. They gave us a garbage bag in case the encroaching clouds decided to dump on us and lent us their broom to sweep out the shattered glass.

From there we drove the 1/2 hour to Manila, Utah to chat with a different Sherriff and deputies there and get some duct tape to secure the garbage bag to what used to be the window. After exchanging info for the police report and heading to the local country market, we sat in stunned silence in the car.

The weird thing was, nothing was missing from the car. We had nothing of value in the car – visible or otherwise. And it also sounds as if between the wilderness ranger, other tourists, and the forest services rangers, there was usually some activity in the lot during the day. Our theory is some desperate, opportunistic Manila Meth-heads (the local store had a sign saying they would only sell certain chemicals and pharmaceuticals in limited quantities) smashed the window with the intention of taking things or even stealing the car but were startled off by the arrival of another car (or befuddled by the Mini’s foreign door-locking system).

The funny thing is, the Mini is apparently one of the hardest cars on the market to steal. If they were after electronics and cash they should have come after us in the bush: that’s where our US cash, camera and GPS were! All we had in the car was a change of clothes, our old refillable coffee mugs, a cooler with water, and a change purse with about $10 in Loonies and Toonies. As Doug said, maybe we should have left the car unlocked and just let them have our deodorants. As is, we’ll have to find an auto-glass place tomorrow and probably shell out several hundred dollars for a new window. Hopefully they can do it locally – if not, the nearest Mini dealership is 300 miles away and they’re calling for thunderstorms!!! 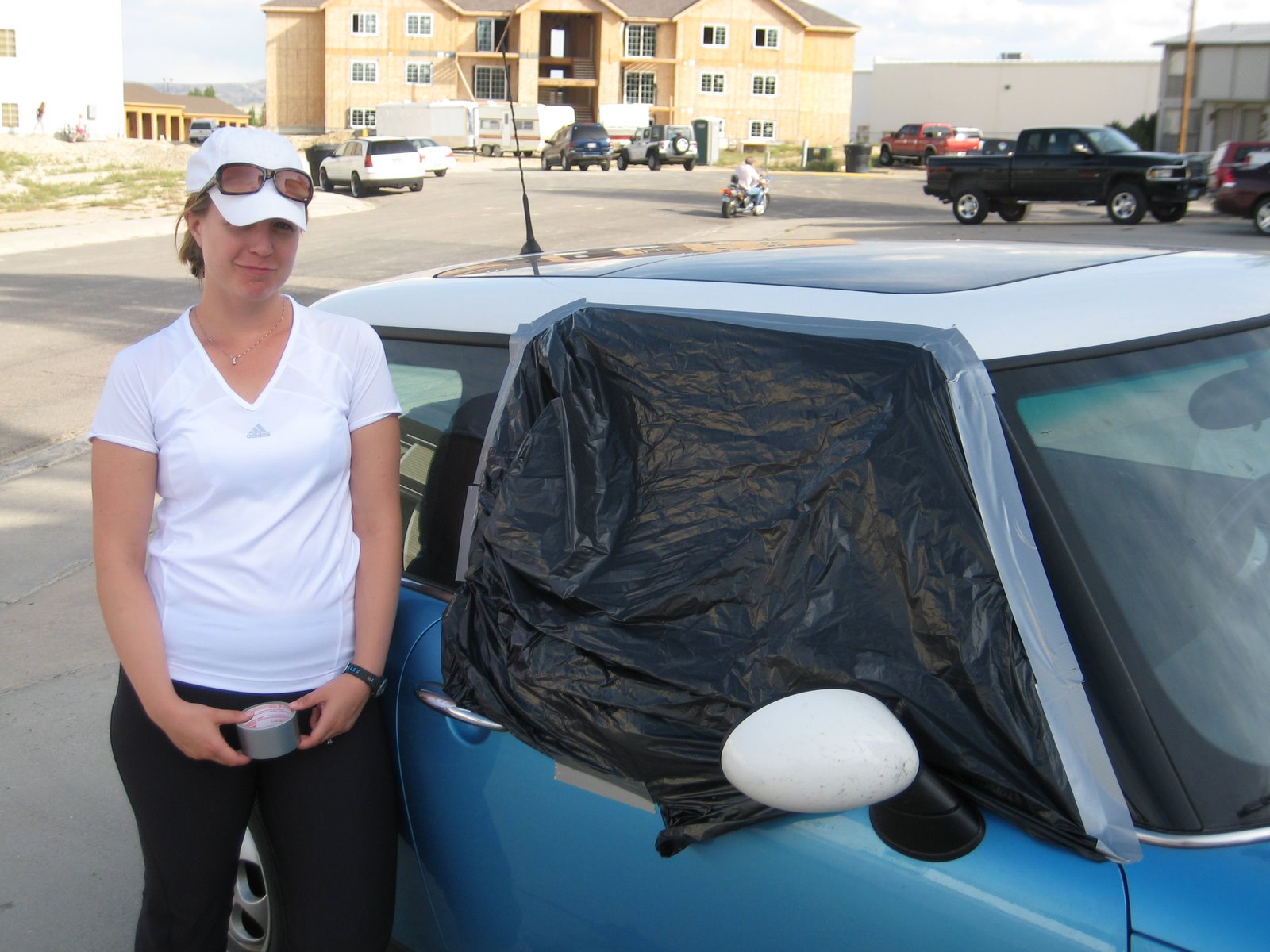 One thought on “Must be a full moon”