As of yesterday we are back in Toronto, Onterrible (as my friend, Patricia calls it) for about a week. I had such high hopes for our time in the Ottawa area. Not only was I going to be incredibly productive, but I was going to also take advantage of access to cottages and lakes to have some real fun in the sun.

The sun stayed hidden mostly and while I didn’t accomplish as much as I’d hoped on the book, I did get some work done, mostly around gathering photos. I drove to Beaconsfield (near Montreal) to chat with a gentleman approaching his 80th birthday. In the early 1960s he was working in Schefferville in Northern Quebec and became friends with a Laurentian Air Services pilot. Being a frustrated-would-be-pilot himself (his words), he happily rode shotgun on many a flight, took wonderful photos, and kept letters and documents from the time. I also reconnected with another former Laurentian pilot who provided me with close to 200 scanned photos from the 1970s. Add those to all the other photos I’ve scanned and I’m probably nearing 700 photos at this point!

I also watched a documentary called The Immortal Beaver which first aired this past May on the History Channel. It features actor Harrison Ford, who is a proud Beaver owner himself! One of my new contacts, Neil “Beaver Hunter” Aird, in Kingston, ON lent me a copy when we stopped by his place on our way to Ottawa. Neil has been on a quest to track down every De Havilland Canada DHC-2 Beaver ever manufactured (about 1700) and he’s got a website dedicated to his life’s work: https://www.dhc-2.com/. It’s great eye-candy for Beaver aficionados and a great resource for anyone researching the field.

For anyone who doesn’t know what the DHC-2 Beaver is, it is basically the quintessential bush plane and, for many, one of Canada’s major symbols (up there with Maple Leaves, Moose, and Maple Syrup). I’ve been learning about the “flying half-ton truck” because Laurentian was the first commercial operator to use the Beaver back in 1948 and bought many more over the years, putting them to work around Ottawa, in Northern Quebec and in Newfoundland/Labrador. In 1973 they even bought 64 surplus US Army Beavers that were up for auction in Mannheim, Germany – overhauling and reselling the bulk of them in Canada. Laurentian’s president at the time figures they had close to 100 Beavers on the books at one point. That’s a lot of Beavers!

It’s funny, in undergrad and grad school I never dreamed that I would be working in the field of aviation history. What did I know about planes a year ago?! It’s been really interesting and rewarding so far, though. I’ve gotten to meet some wonderful people, and many of the aviation buffs I’ve spoken with seem really keen about the book. I just hope I can put my nose to the grindstone, the pedal to the metal, and all that so that I’ve got a decent draft to give my publisher November 1st! 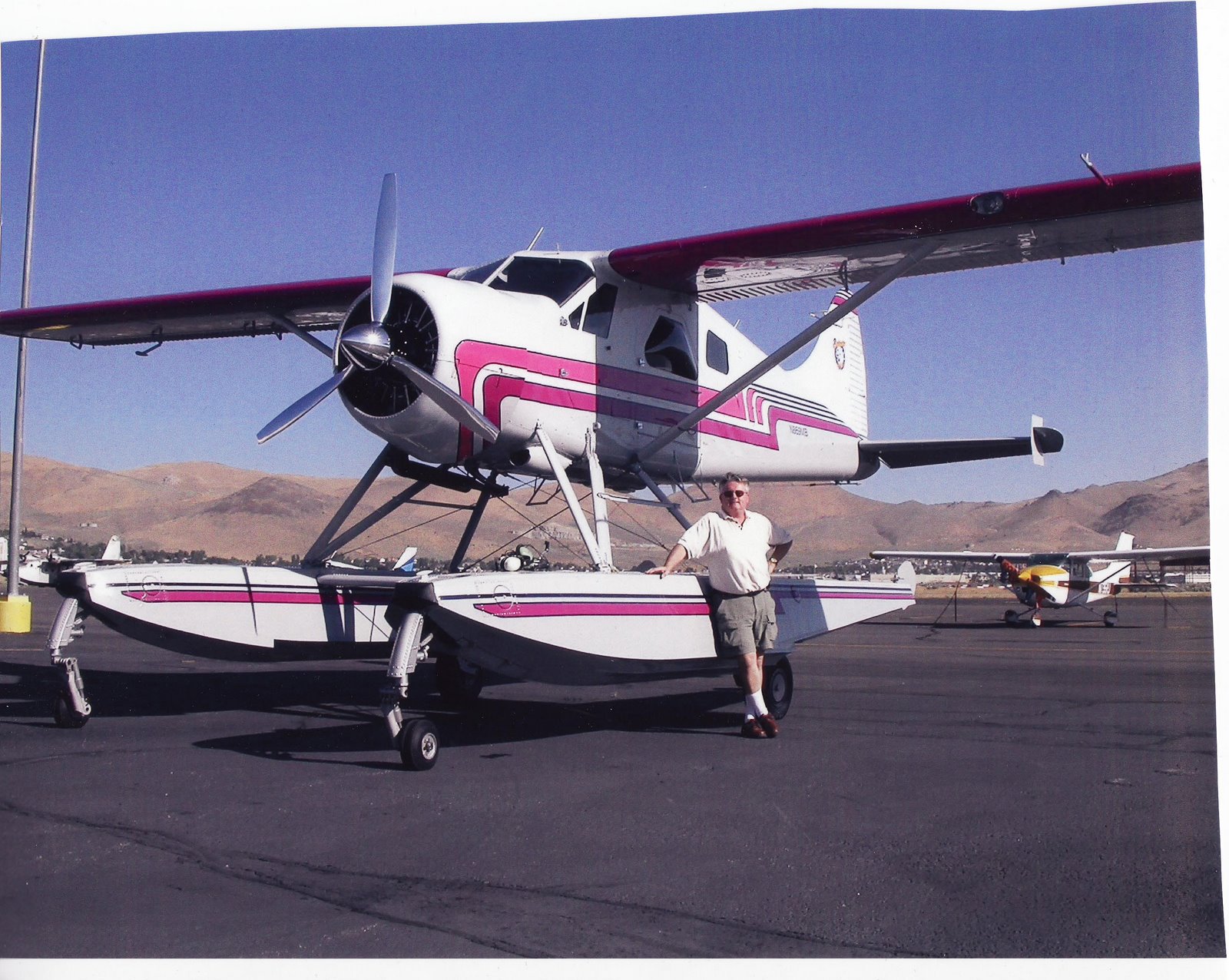 My father-in-law and his pink Beaver!

2 thoughts on “Not the Busiest Beaver”