After our aborted Adobe Town camping trip, we had an extra day to fill before Doug went back to work. I had read that there were some pretty interesting sites nearby and suggested we do a picnic dinner and evening hike at the White Mountain Petroglyphs, Boar’s Tusk, and Killpecker Sand Dunes this past Monday. 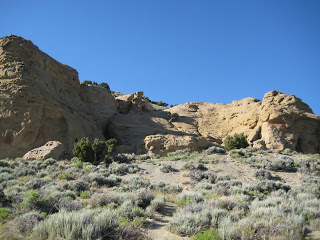 The site of the White Mountain Petroglyphs is an easy 1/4 mile walk up from a dirt road a mere 1/2 hour’s drive from our house. The sandstone formation juts out of the high desert sage country. As Doug said, if this site were in Europe somewhere there’d probably be vendors all around and you’d have to pay for parking, to use the restrooms, and to access the site. Here in Wyoming, we were the only ones around for miles and miles… 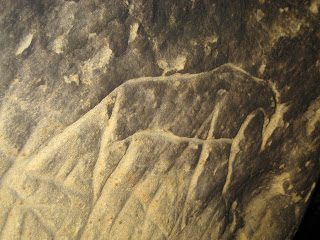 There are many carvings along the walls, but it’s very hard for my untrained eye to tell what was put there 200+ years ago and what was carved in more recently by vandals. Except for the person who dated their 2005 carving – that made it pretty easy. And I’m pretty sure the Plains peoples didn’t write Jake loves Jenny. 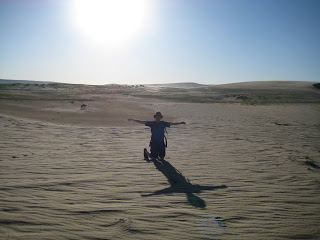 From there, we drove another few miles along the dirt roads to the Killpecker Sand Dunes, an incredible Sahara-esque locale smack dab in southwestern Wyoming. It was pretty hard to resist walking around gasping “water, water” and here Doug does his best impression of being lost for days in the desert. What a ham! 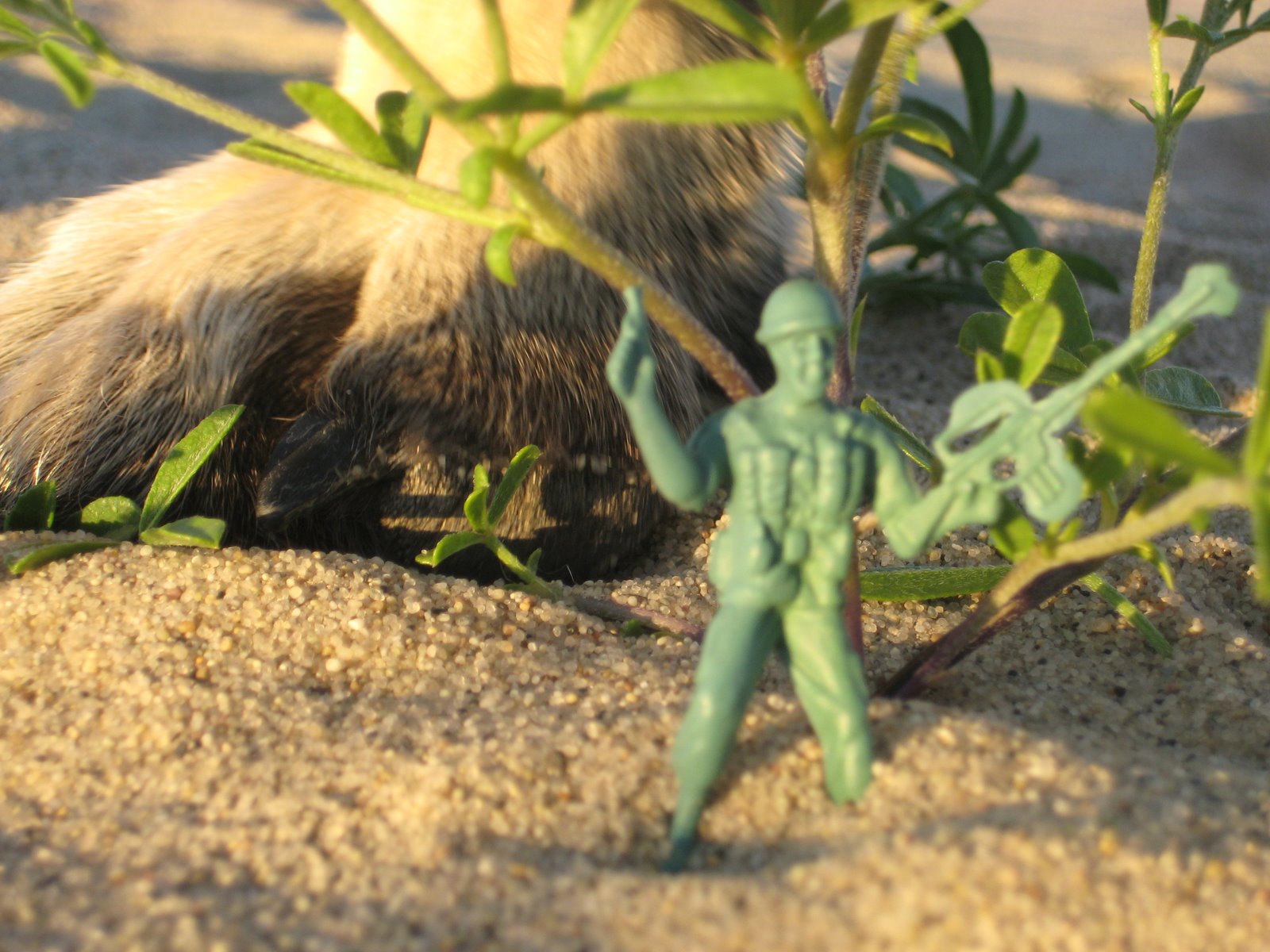 I had a real laugh when I found this little plastic army man stuck at the top of one of the immense sand dunes. Someone has a good sense of humour! Here he’s ready to ambush the enemy from behind a ‘tree’ – little does he know the monster’s behind him!!! 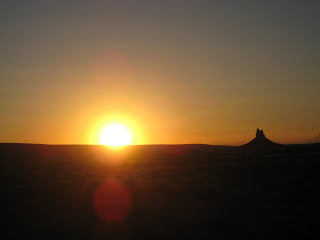 As we were driving away from the sand dunes the sun set near Boar’s Tusk, what’s left of an ancient volcano and a religious site for local native groups. I plan to head back to hike to the site – the Element simply couldn’t handle the rough track. 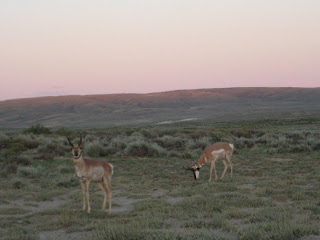 As dusk settled on the plain, pronghorn antelopes came out in droves to feed by the side of the road. Most quickly ran away, their white bottoms flashing, but these two young bucks were quite intrigued by us (or had possibly been hand-fed from vehicles in the past).