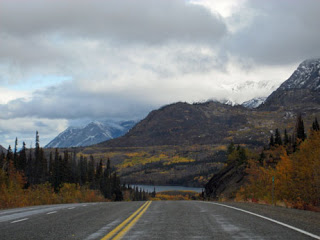 On a good day the drive between Whitehorse and Dawson is 6 hours. When you hit snow and ice… a little longer (there were a couple of cars still in the ditch from the snowstorm the day before). 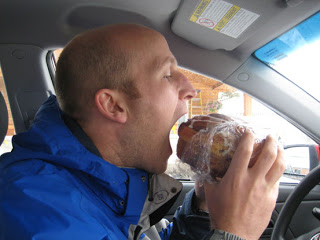 I strongly recommend stopping at the Braeburn Lodge to fortify yourself with a family-sized cinnamon bun. In the off-seaon it’s a little intimidating with all the big, bearded guys in Harley Davidson gear, but man up and get your damn pastry! 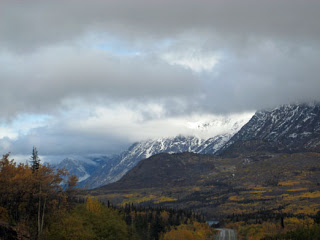 The scenery along the way is spectacular, but keep your eyes on the road for megafauna: a moose will make mincemeat of anything smaller than a mack truck. Plus there are very few guardrails and the potential for lots of slick spots. 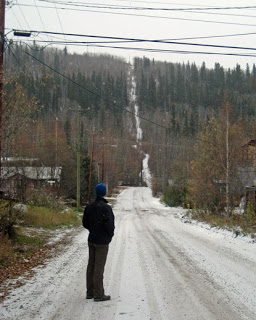 First order of business in Dawson: climb something.
Dome Mountain is a good choice in these parts. 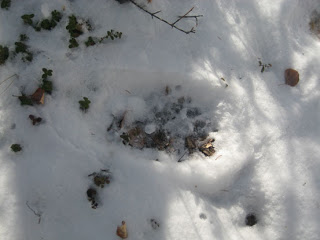 While the trail may be quiet (other than the sound of your huffing, puffing, and groaning) remember you are not alone out here. There are bears in them thar hills. 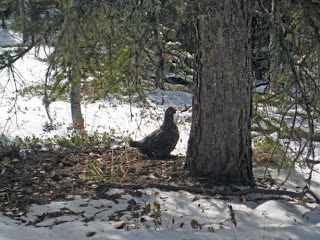 It’s the darn birds that will give you a heart attack, though. It never fails – from Spruce Grouse in Wyoming to Willow Grouse-Ptarmigan in Dawson – they get me every time.
(Interesting historical side note: Chicken, Alaska is so-named because the local miners wanted to name it after the local Ptarmigan – but couldn’t agree on the spelling. So they settled on something simpler!) 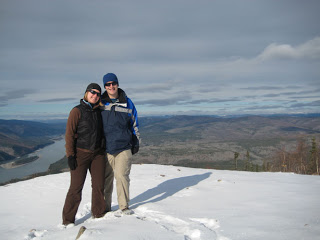 Top of Dome Mountain (aka Midnight Dome) in my multiple layers… When we woke up the morning of September 28th it was -12 degrees Celsius. By mid-day it was warmer, and the tough up-hill slog helped, but we didn’t hang out on the summit too long! 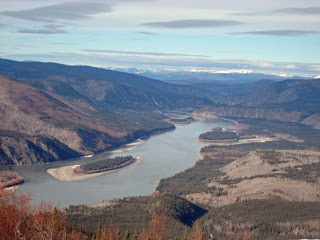 The view of the valley below… 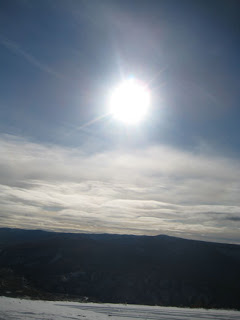 And the sun above… 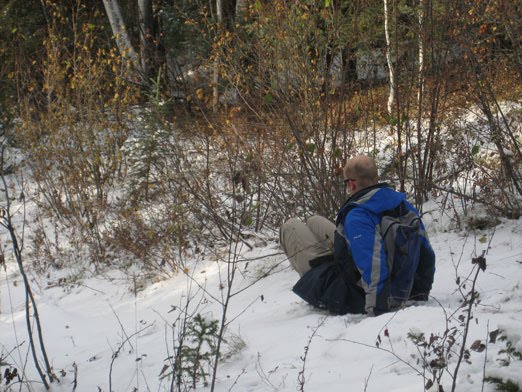 Famous last words: “We should go down this way – it’ll be fine!”
Next thing you know, Doug’s sliding down on his butt and I’m bushwacking it through spiky rosehip bushes swinging from tree to tree trying not to roll down the hill like a cartoon character.
We survived – barely – and made it back to Berton House (which you’ll meet in the next posting) for a cup of hot cocoa.