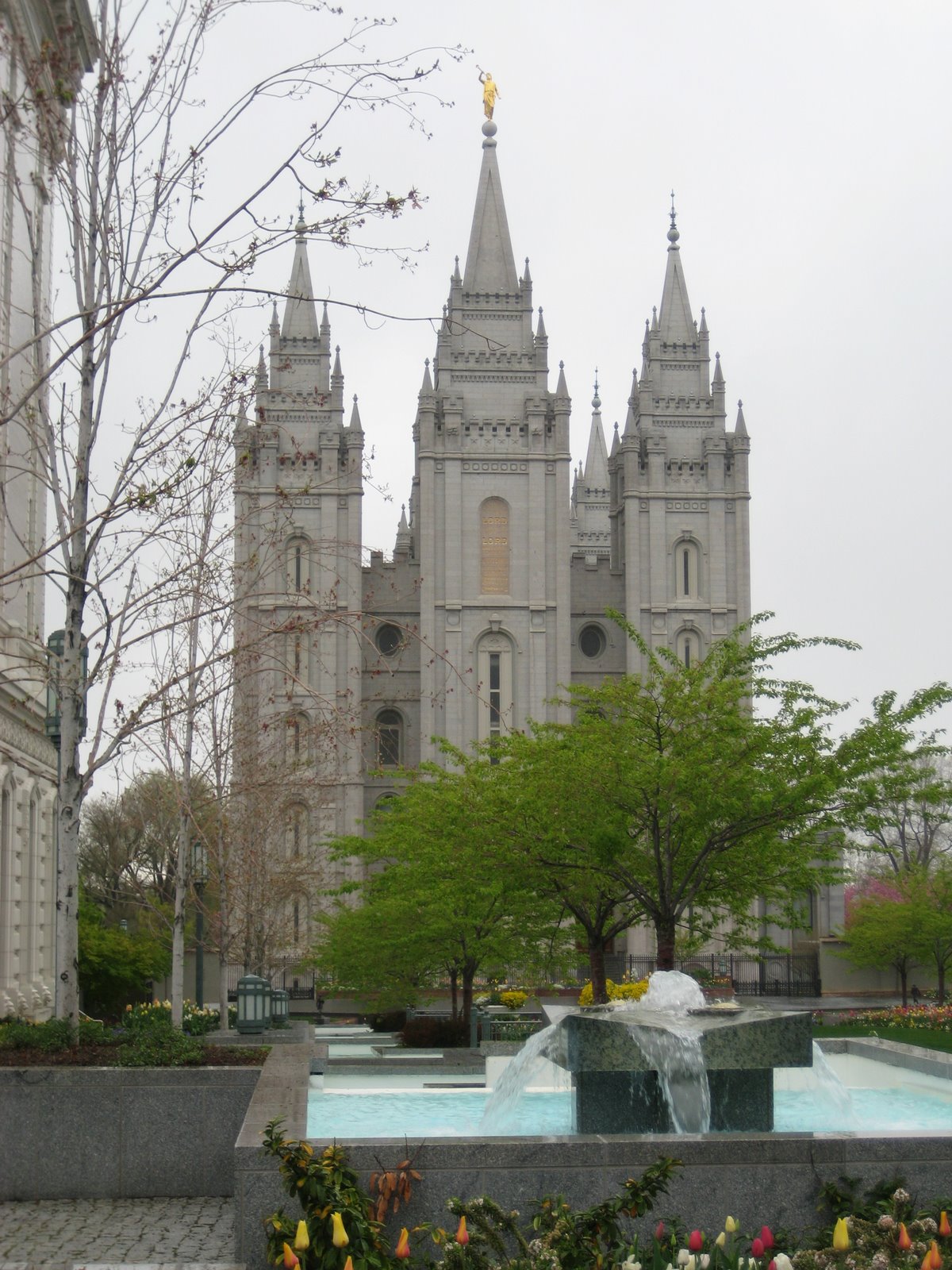 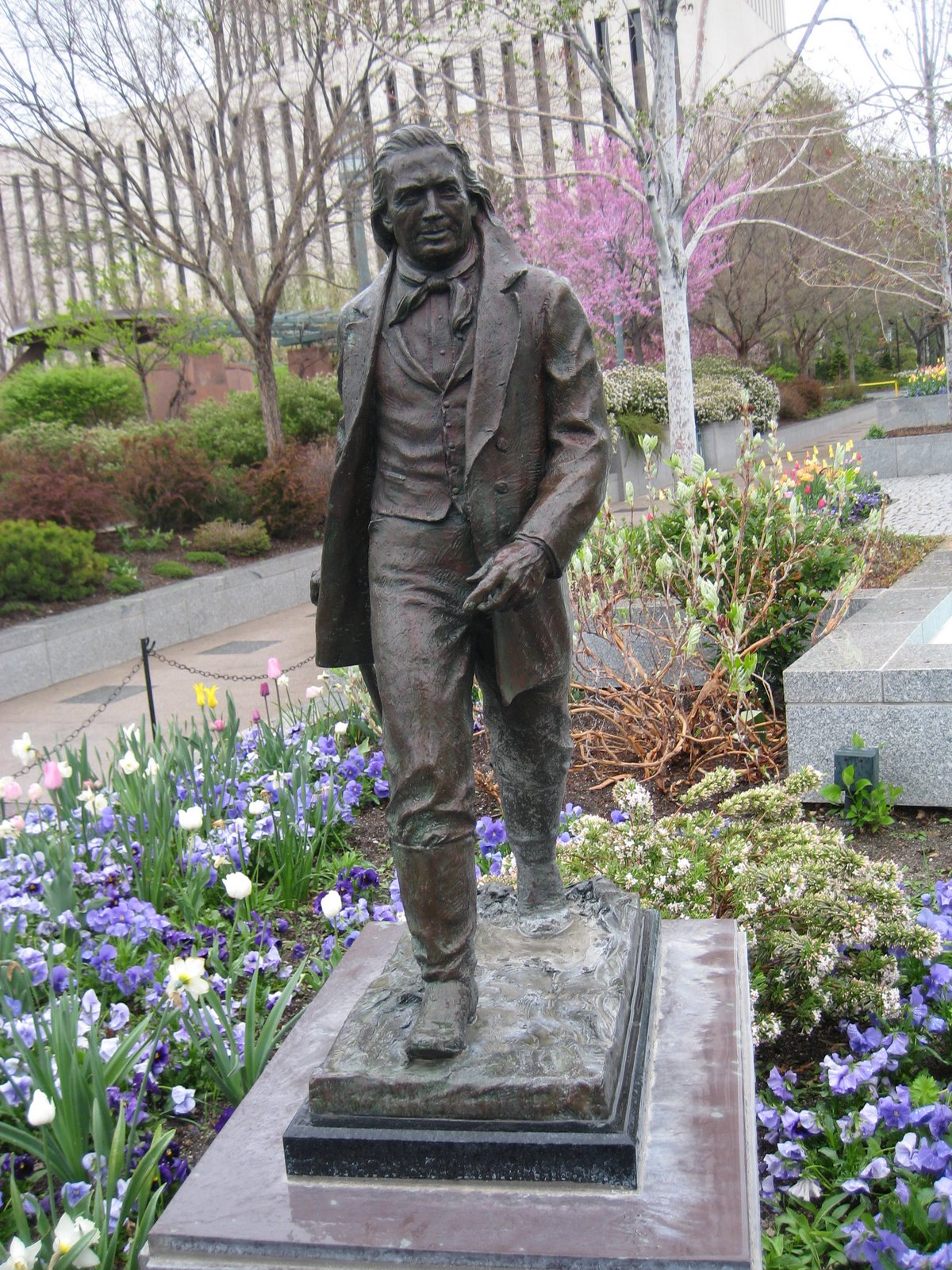 Holy Mecca for the LDS (Church of Latter Day Saints) aka Mormons. This area is called Temple Square for good reason.

Brigham Young, who led the Mormons to Salt Lake City from the east. I have no idea why they wouldn’t have stopped in the high desert country of Western Wyoming (where no tulips are in sight – see below left) 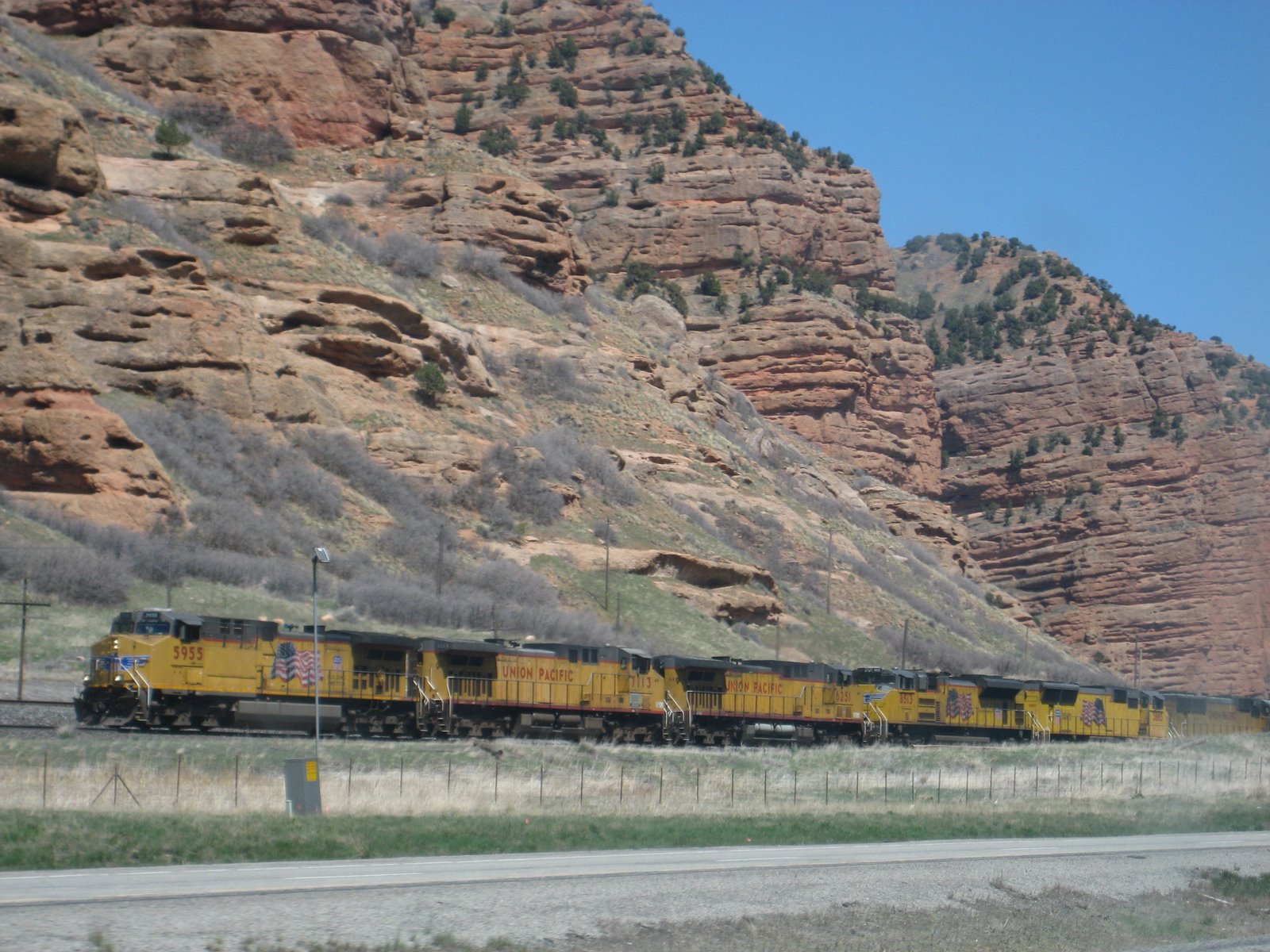 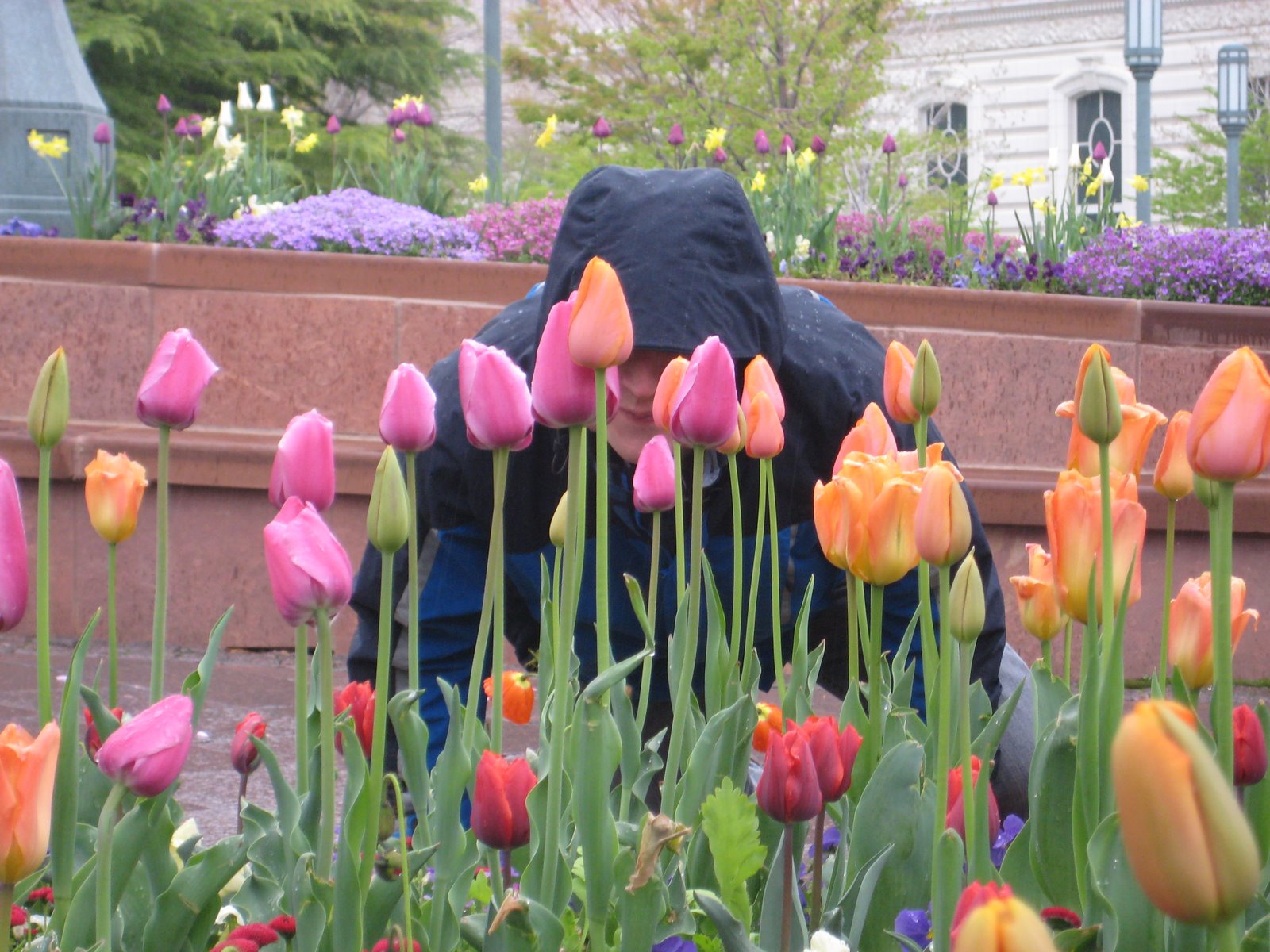 The flowers were certainly out in force while Doug and I were there – helped along, no doubt, by
the bountiful rain we experienced the entire weekend. 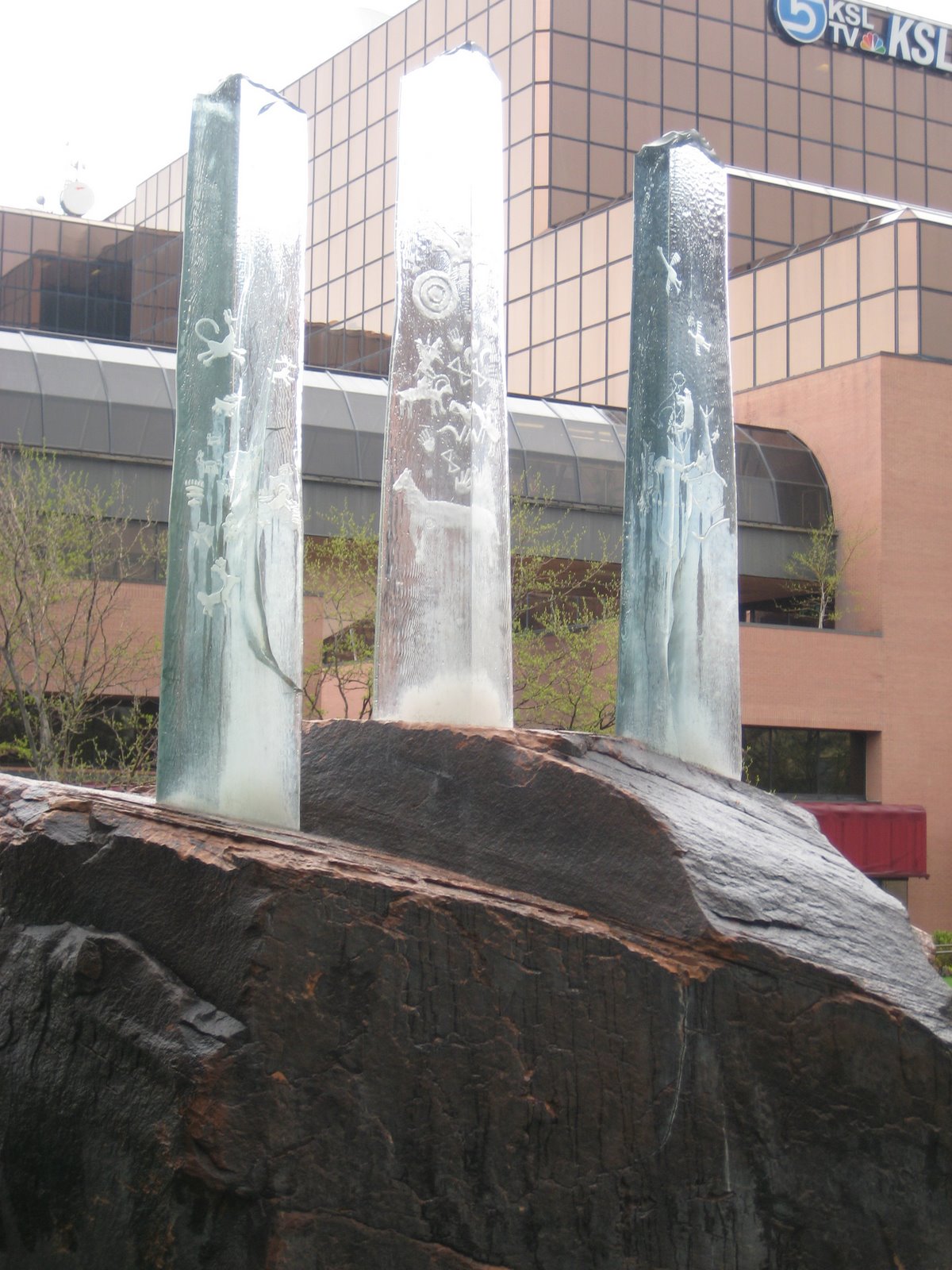 But we were able to get inside and warm up. The Saturday night we went to see the Off-Broadway Theatre production, Transmorphers: Mormon Meets the Eye, which was absolutely hilarious. And brought back all sorts of 80’s flashbacks!
Then of course I took advantage of Salt Lake City’s shopping centres to find outfits for my upcoming book tour – I can’t go around wearing my normal ‘work clothes’ of hiking pants and hoodies! So off I went to The Gateway, a chic outdoor mall (where I actually didn’t end up buying anything since I know I can get it cheaper at the outlets in Park City!). I also visited Fashion Place Mall, Nordstrom Rack, the Burlington Coat Factory, and Talbots before collapsing at a Borders (where the ‘barrista’ took forever to get my cup of overpriced tea and I listened to some guy using the cafe as his personal office, shouting into his cell phone and typing away on his laptop!). Don’t worry, Doug was not dragged around to all these shops – he was off scuba diving near Logan, Utah and joined me later! 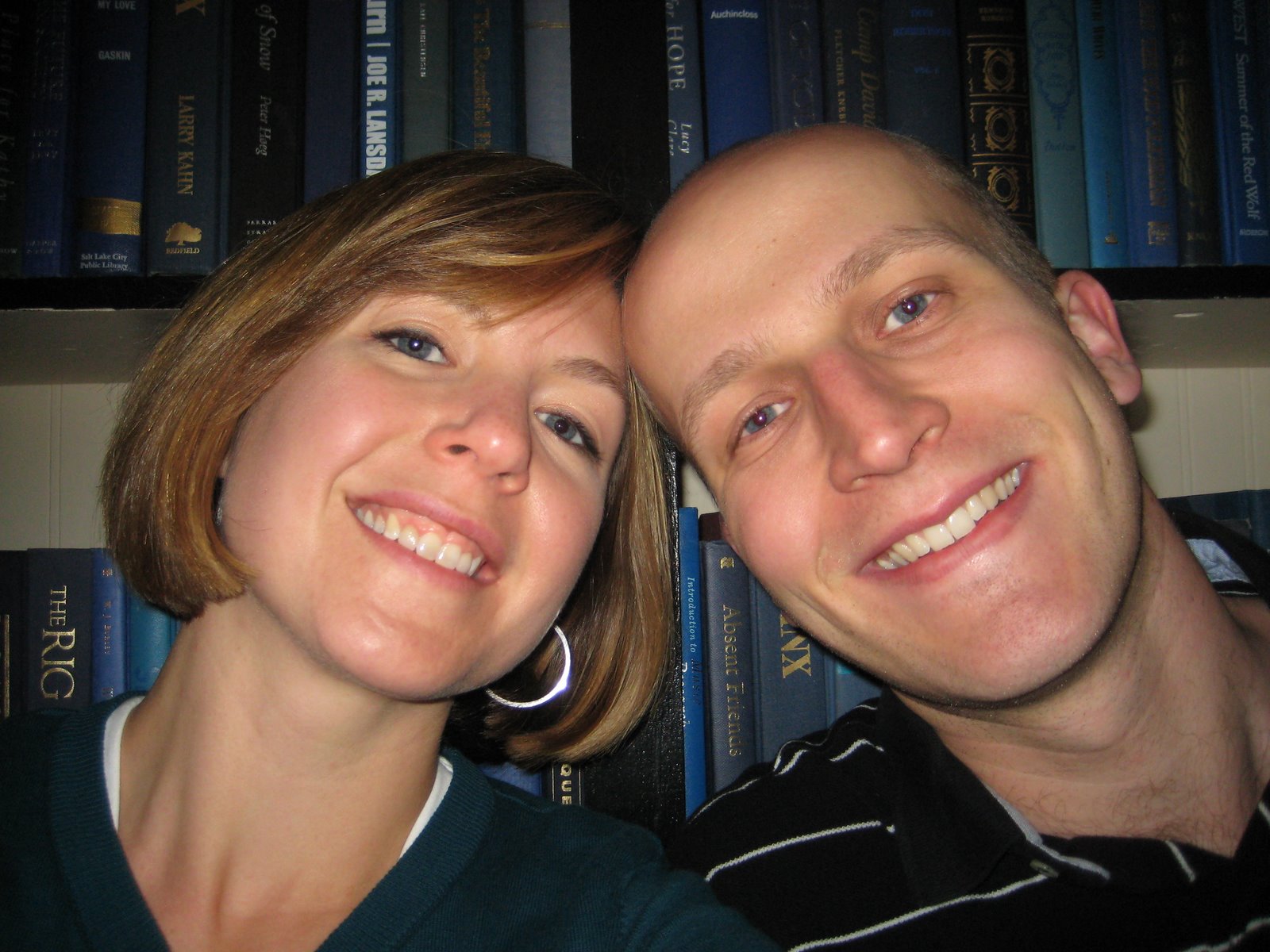 Doug and I also took refuge from the rain at the Beehive Tea Room, which is supposed to be an iconic spot where generations of brides have come to plan their weddings, host bridal showers, etc. We went in because it was one of the only places to eat near our hotel (the very cool historic boutique Peery Hotel) that was open on a Sunday (the city rolls up the sidewalk apparently)! It is such a cute place and they serve the biggest, moistest pieces of cake ever. I only got about 1/8th of the way through mine, but Doug finisher ‘er off!
We also ended up eating at two of Salt Lake City’s other traditional establishments without realizing it: the Lamb’s Grill Cafe and the Market Street Grill (they’re all about their grills in SLC!). The service at Lamb’s was absolutely terrific but the food was a little bland. They did have a live pianist playing, though, and apparently it’s the place where company execs always go for business lunches. The Market Street Grill also had terrific service – when I said how much I liked the bread and how there weren’t any bakeries in our area, the waiter brought us a whole loaf to take home! The food was quite good too, but a little pricey. I would say always go for their specials – definitely the best deal!

Our final morning, we went in search of the ultimate breakfast (can you tell we’re foodies?) and found it at the Original Pancake House, where a ‘normal’ sized breakfast is 6 pancakes. I got the half order of the blueberry pancakes and they were the fluffiest ever! Doug got their specialty, a plate-sized oven-baked pancake covered in apples, cinnamon and brown sugar. He ate half and we split the other half later as a dessert. Good thing we pounded the pavement all weekend 🙂