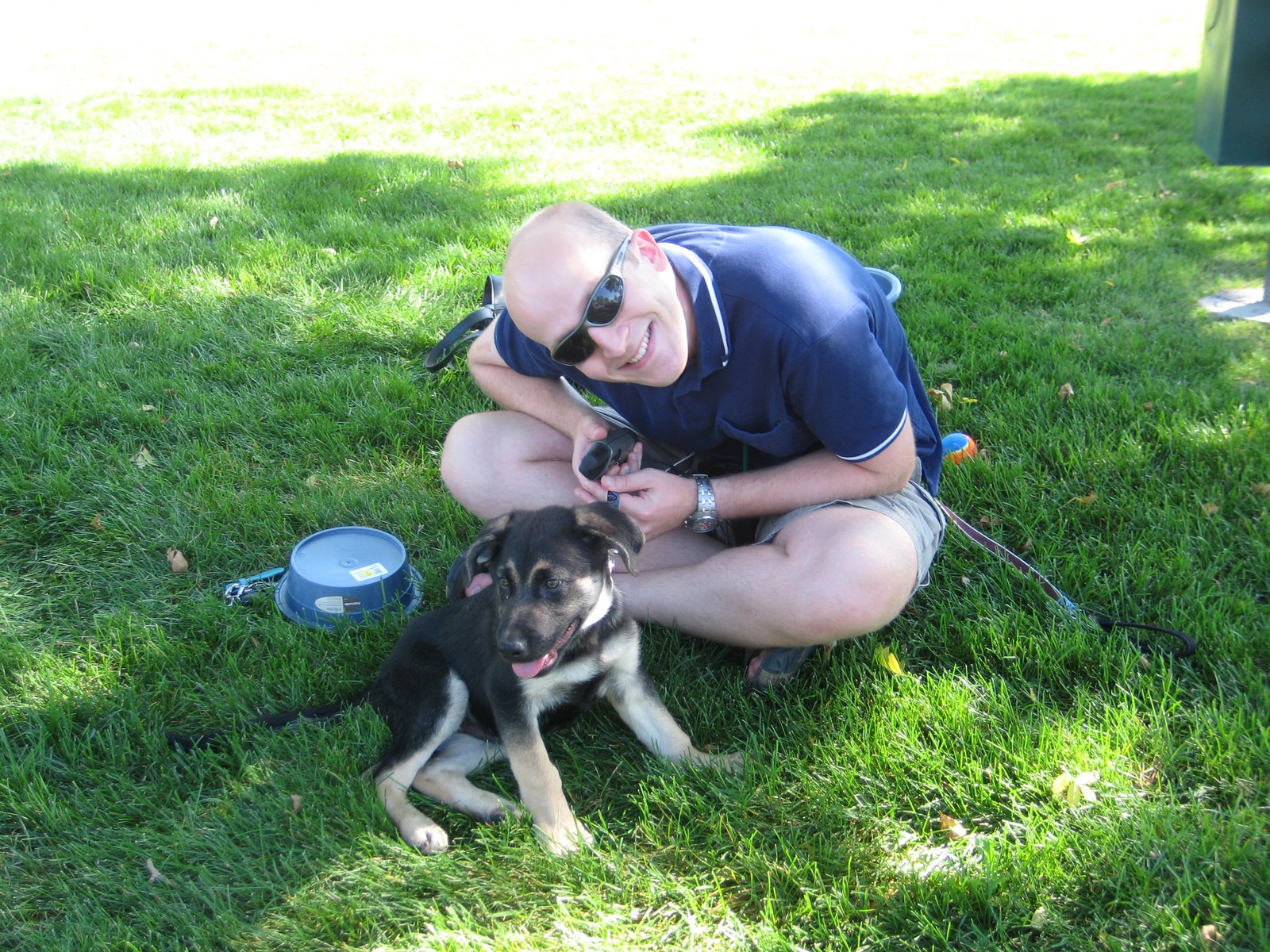 There is a new addition to our little family, and Guinness is none too pleased. I can’t write a long message because I’m constantly supervising Riker, our new German Shepherd-Lab mix puppy and making sure he gets whisked out the back door every time he wakes up from a nap, eats his food, or has a long drink.
We adopted him in Salt Lake City, Utah a few days ago. We had seen a picture of his sister, Eve, on the Utah Humane Society website but when we arrived at the adoption centre (which is definitely the nicest one I’ve ever been to) two teenagers were just getting permission to take her out of the cage to check her out more. After hanging around for an agonizing 1/2 hour while they took cell phone photos of her and sent them to her parents to secure permission to adopt from the society (they have strict rules), we left our contact info and left, dejected.
The woman suggested we go to the Utah Pet Centre, but gave us really confusing directions. After spending 30 minutes trying to find the place – including stopping at a convenience store where someone else gave us confusing directions – we gave up, and got on the I-80 headed back to Green River.
Within seconds we saw a huge sign for the Centre from the freeway and exited immediately. When we walked through the doors, I literally almost fell down the stairs. Sitting in a crate in the foyer was Eve. Or so I thought. It turned out it was Eve’s brother, Wally, who was almost completely identical to his sister. 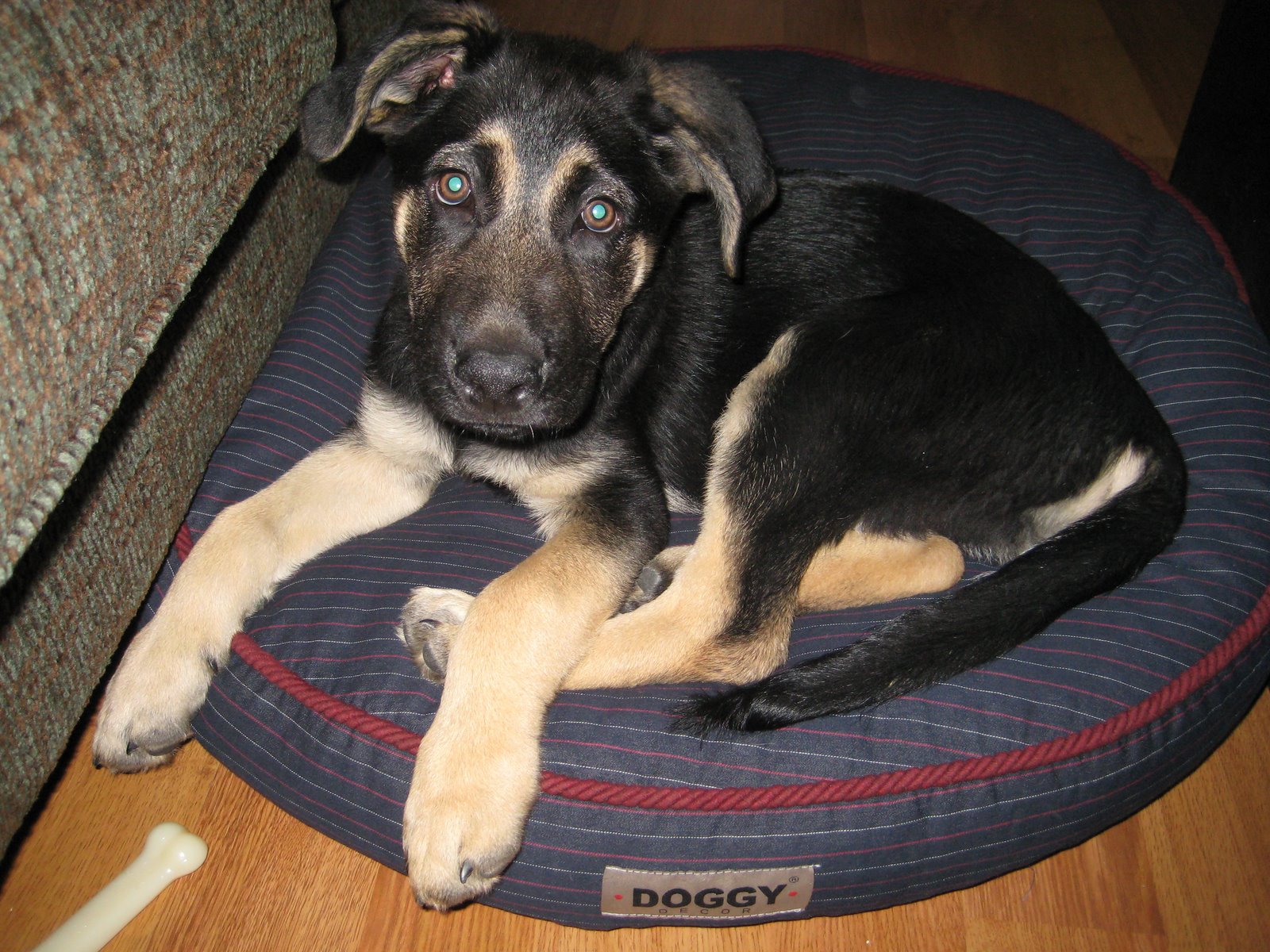 Wally – now renamed Riker – is such a good puppy. Although he’s got a bit of a cold right now, he is rapidly becoming house-trained, leash-trained, and crate-trained. Not bad for a 3-month-old who has been given up for adoption, separated from his sister, and carried off to a new home a 2 1/2 hour drive from the shelter in the past week.
The only issue with little Riker is that he won’t be staying little for long! Doug and I had decided we wanted a ‘starter dog’ in the 50-60 lb range. Well, Riker is 22 lbs right now and I have a feeling he could top out at 80-90lbs. To give you an idea of how big his paws are, our next door neighbour spotted him in our yard from her second-floor window and commented on them! You can see them a mile off!
What can you do? There’s no stopping puppy love! We’ll just have to buy a bigger car 🙂