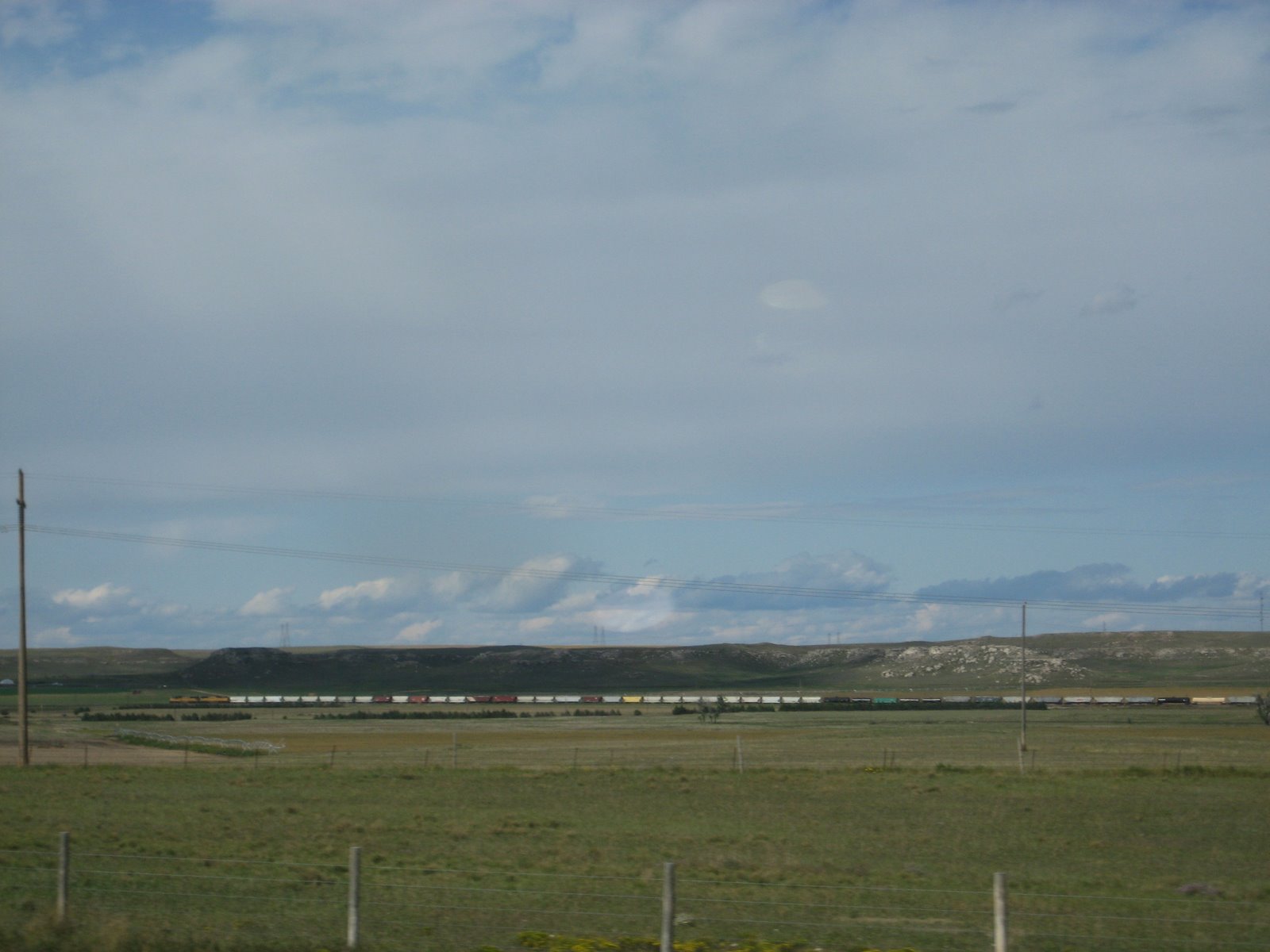 After two semi-grueling days of driving from Lapeer, Michigan through several heartland states, we have arrived in the Cowboy/Equality State (apparently it is known by both these monikers).

We are currently in Cheyenne, staying at a hotel surrounded by highways and train tracks. We actually had to run across both an on and off ramp to get to a nearby restaurant for dinner. It was totally worth it just for the local beers: Fat Tire and Easy Street, both brewed in nearby Fort Collins, Colorado.

Now we are poised to descend on Rock Springs after a four-hour hop tomorrow. It’s a little nerve-wracking not knowing what we’ll find there (house-wise, etc), but we are trying to be optimistic. We’d better find something with a guest room, though. I’ve already gotten an email from a friend in Europe who has booked her flight and is eager to meet a nice cowboy. Another friend is planning on renting a car and driving down here from Edmonton (where, of course, Doug and I will be moving in approximately 19 months). Who knew Wyoming would turn out to be such a draw??! 🙂

So far the bit of eastern Wyoming we’ve seen has been pretty flat, devoid of trees, and the sky really does go on forever. We’ve seen lots of cows and horses, a couple of signs of industry, and we’re now in the state capitol which has about 60,000 people. We’ve chatted with two and they seemed pretty friendly.

Guinness-the-cat isn’t too traumatized and is actually turning into quite the road kitty. We are very happy he still likes us and are pretty sure he’s not plotting to shred all our stuff the second our backs are turned. Although, if he did, I don’t think I could really blame him! 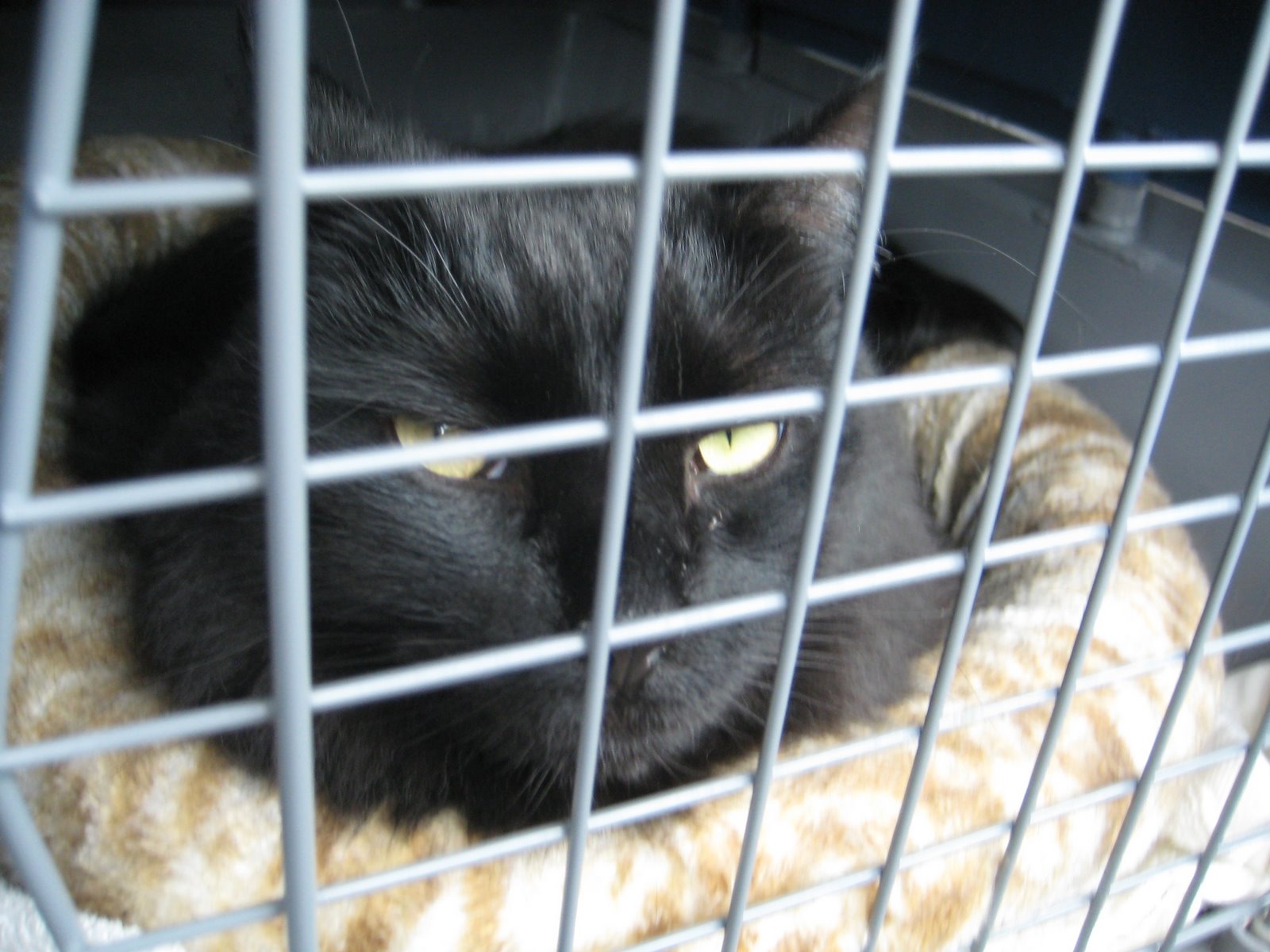