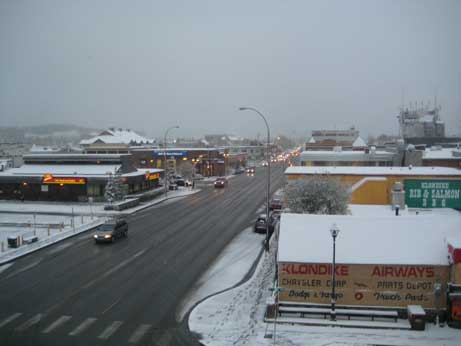 Two days after the calendar told us fall had officially begun – and on our first morning in Whitehorse – Doug and I awoke to this wintry scene. All I could think was, “This is going to be a long winter…” 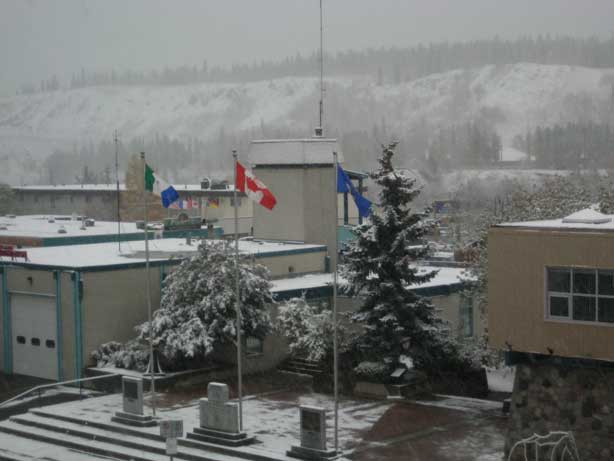 The rental didn’t come with a scraper, so out came my ski mitts and I had at ‘er while a number of SARtechs (Search and Rescue technicians) looked on amusedly. But I managed to dig the car out and we made it to Skagway that first weekend, even though it was a white-knuckle ride. 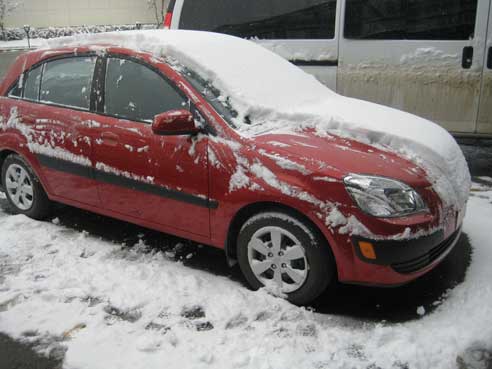 September 26th we were back in Whitehorse and everything had melted. The next day, though, at breakfast we heard from a woman who had just driven down from Dawson (our destination that day) and she told us about the blizzard that had blown through, leaving cars in the ditch all along the Klondike Highway. 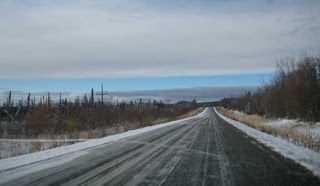 Sure enough, by the time we got to Braeburn the wind and snow were howling. And from there all the way up to Dawson there was spotty snow, slick roads, and hardly any guard rails. 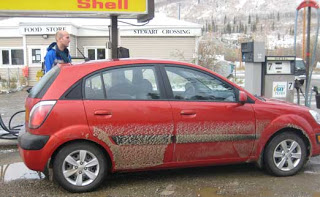 We stopped at Stewart Crossing for gas and a breather. That’s when I noticed we’d picked up “ice scales” along the sides of the car. 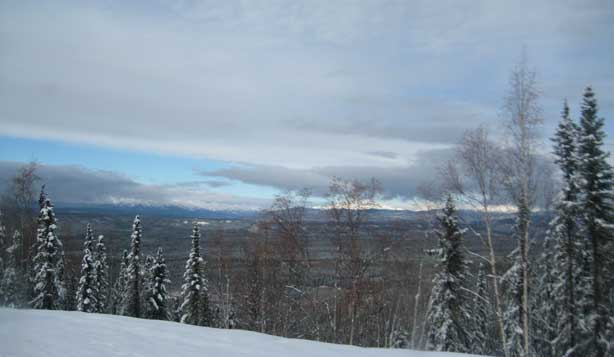 The snow is quite beautiful – as long as you’re safely ensconced in your house or have a 4-wheel drive vehicle with solid snow tires. When I woke up to this Christmas-card on Thanksgiving weekend, I thought it was pretty. Until I hopped on the Alaska Highway to get into the archives in Whitehorse and discovered the slick roads. A few kilometers later, I saw that several cars had just gone off the road ahead of me and were being helped by passer-by. I could just imagine the slow-motion slipping, sliding, and spinning as the cars went into the ditch. Been there, done that.
Hands gripping the wheel, I put my blinkers on, kept my speed low, and forged ahead. Even with a teeny Kia rental with bald four-season tires I managed to get to the archives, but I sure am glad I didn’t drive my car up from Edmonton for my sejour in the Yukon! 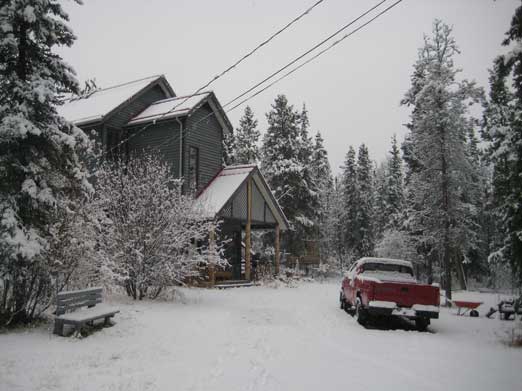