This week has seen a steady stream of cold temps (by southern Canadian standards, my Yukon friends keep reminding me) and snow. For the most part it’s just been a few centimetre here and there, then yesterday it decided to dump on us. Again. 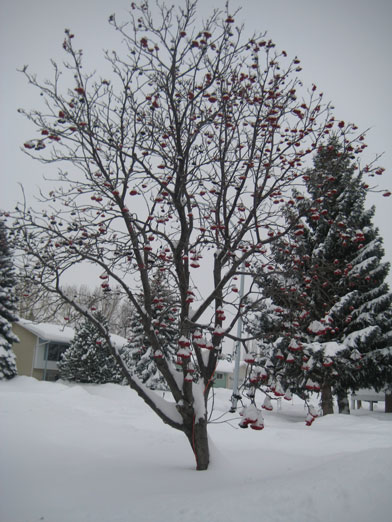 This morning I woke up to at least another 10 cm and the snow is still falling. As the one who works from home, the shovelling has largely fallen to me (except for Saturday when Doug did it and a snowblower-bearing neighbour came to help him. Lucky!). The shovelling has become particularly onerous since I now have to propel it over four-foot high embankments, or carry it several feet in either direction to dump. We’re simply running out of room! 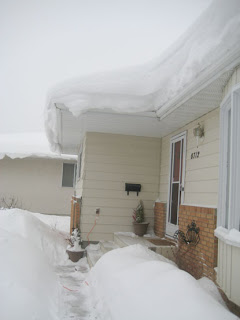 So far the roof is holding, but much more and rooftop snow removal companies are going to be in major demand around the city. If they can reach the houses, that is: our cul-de-sac still hasn’t been plowed since the initial storm, making it nearly impossible for anything but the most rugged of SUVs and pickup trucks. The Mini Cooper has certainly been garage-bound for the week… 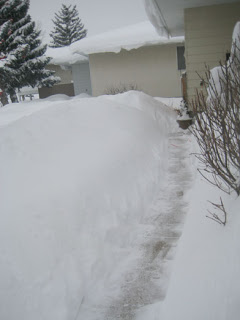 Now we come to a great Canadian game called “name that snowdrift!” If you can tell what’s under those blobs of snow by Riker in the photos below you will win the grand prize – a trip to Cuba via the U.S. of A.* 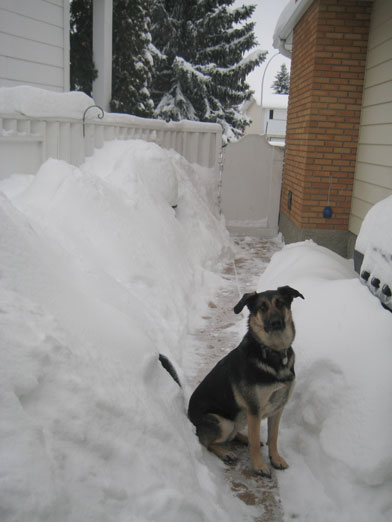 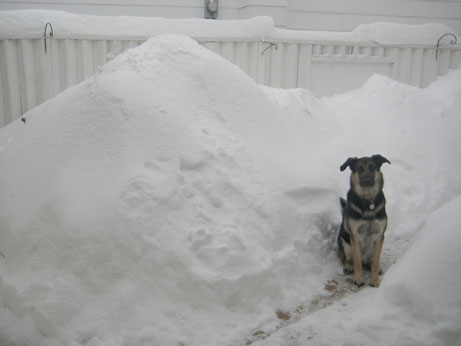 *This is obviously a joke… but I’d still love to know what you think is buried under all that snow!

50 thoughts on “Snowpocalypse 2: Return of the Blizzard”